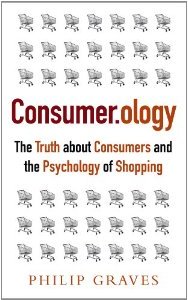 Our unconscious mind makes decisions without checking in with our conscious mind. So believes Philip Graves, a consumer behavior observer. It doesn’t always matter what we think we should do or anticipate we will do in a given situation if we’re asked in advance. Instead, what matters is what we actually do when the situation arises. Often the two conflict, according to Graves.

In Consumer.ology The Truth about Consumers and the Psychology of Shopping (Nicholas Brealey Publishing, $19.95), a 225-page softcover book published this year, Graves addresses consumer behavior as it relates to shopping.
He proposes that people’s psychological traits are more likely to determine their behavior in response to something new than whatever they might believe or respond when asked by a researcher. The unconscious mind and context mold our thoughts and behavior in unexpected ways, according to him.

For these reasons, in his view, market research is a waste of money, a false science. This is proven, according to him, because people frequently don’t do what they say they will do when responding to surveys and market researchers questions.

“It’s hard to generalise by sociodemographic groups and, often, not particularly helpful to do so: often it’s better to look at a type of behaviour and work back from there. That said, as a generalisation, I see men and women going about shopping in quite different ways sometimes,” Graves said by email when asked whether he has observed shopping trends by groups of people with common characteristics.

“Men are often more specific in their focus and less good at browsing to find what they want; they also tend to have a greater need to feel powerful in interactions with retailers (although, in the face of genuine product expertise this tends to go away). That said, I would say that more and more men are shopping in a way that was characteristically female a few years ago: enjoying browsing and using shopping as a leisure pursuit in its own right.”

In lieu of market research he suggests the AFECT approach (analysis of behavioral data, frame of mind, environment, covert study, and timeframe) for companies to evaluate the usefulness of consumer insight favors the method he believes “embraces a true awareness of the consumer decision-making process and how the subconscious mind drives shopping behavior.”

It took the author one year to research the book which was first published in 2010. Later he decided additions were necessary and spent a month on the extra content for the updated edition published in 2013. When asked about challenges and rewards of writing the book he said: “The biggest challenge I’ve had in presenting the issues from the book is when I run into people’s beliefs surrounding traditional market research. Rather than participate in a constructive debate or weigh up the evidence, some people who have been heavily involved in market research won’t consider the issue scientifically. I understand the psychology involved, but it still sometimes surprises me that people with so much to gain by reevaluating what they do aren’t willing to do so; after all, this is about their job, not their religion!

The biggest reward is, without doubt, the opportunities that having the book out there in the world have brought to me; opportunities to travel the world, meet fascinating people and explore their challenges with them. So far I’ve given talks at events in the UK, Brazil, Belgium, Germany and the US (including to the EU and UK Cabinet Office), become an associate of the UK’s leading economics consultancy, Frontier Economics, and joined the advisory board of Next IT, a US technology company that leads the market in intelligent virtual assistants. The joy for me comes where other people take my work and invite me to help them build on it through applying the principles to their business.”

To the question of whether it’s ethical to attempt to influence people’s unconscious minds without their realizing it he responds that all communication is intended to influence. Graves has twenty years of experience observing consumers, first as a traditional market researcher and later using psychoanalytical techniques. He has advised Comet, ITV, Whirlpool, Doc Martens, New Convent Garden Food Company, Camelot, Virgin Media, Hotpoint, Lloyds TSB, Pepsi, and HSBC. 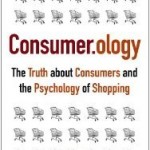