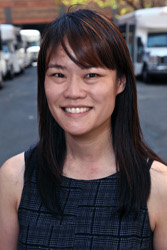 Getty Images, a leading creator and distributor of still imagery, video and multimedia products, as well as a provider of other forms of digital content including music with business customers in more than 100 countries, hopes to sell music to executives in the Hispanic advertising industry which the company’s executives believe represents more than a $5 billion industry. Getty marketing staff believe Spanish-language indie music is a “significant and largely unknown super-genre” that is growing “immensely in popularity and penetrating mainstream markets.”

Getty Images Music in partnership with MuuseMe is targeting United States content creators who service the Hispanic programming and advertising industry, the local Spanish language market, Latin America, Mexico and other Spanish speaking countries. The content creators in the United States represent about 75 percent of their target audience, according to a spokesperson.

“We’re committed to offering an affordable solution to this growing market, so that it can continue to grow without budgetary or creative limitations,” said Melinda Lee, director, Getty Images Music by email.

“The forward thinking team at Getty Images Music really gets what we’re trying to do here at MuuseMe,” said Rob Filomena, co-founder, MuuseMe. “Their international network allows us to offer our content partners multi-platform placement opportunities, and stay at the forefront of an important cultural trend by creating the first ever Spanish-language Indie production library.”

Getty Music has over 200,000 tracks. Through the partnership it will acquire an additional 3,000 tracks for a total of 10,000 Spanish language tracks when combined with its existing Spanish and Latin American catalog with Spanish-language indie music and indie bands that have Hispanic influences to be licensed through single and multiple track licenses, blankets and customized offerings by project. Price will be project and use based.

“We are promoting this highly valuable offering through media outreach efforts, on Getty Images digital platforms, social media and through our global sales and marketing force. We already know that our existing clients need this music so we are committed to getting the music to them,” said Lee in response to a question about channels the company is relying on to promote its new product line.

Examples of tracks that are available in the new collection include Plastics Revolution (Mexico), La Bien Querida (Spain) and Palenke Soultribe (Colombia). In addition to Getty Images Music’s existing Spanish and Latin American catalog with Spanish language indie music, the offering also includes English language indie bands that have Hispanic influences; and well-known Spanish and Latin American artists who are breaking into the United States market, according to Lee.