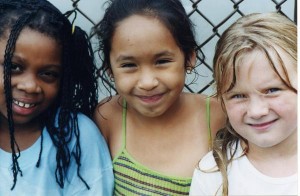 Unsure about your race or ethnicity? You’re not alone. Almost 10 million (9.8 million) people varied their ethnicity responses between the 2000 and the 2010 censuses. That represents 6 percent of the population of 168 million who changed their minds about their identity between the two national demographic surveys, according to Preliminary Results from America’s Churning Races: Race and Ethnic Response Changes Between Census 2000 and the 2010 Census.

The shift may be explained at least in part due to questionnaire design changes, the report indicates. Analysts observed a race response change among American Indians, Alaska Natives, Native Hawaiians and Other Pacific Islanders, people who reported multiple races, and Hispanics who reported a race. The researchers found little variation among single race non Hispanic whites, blacks, and Asians.

“Compared to adults, children and adolescents may be more likely to change their race/Hispanic responses for two reasons: childhood and adolescence are times of personal identity development and young people’s information was probably reported by their parents in 2000 but may be self-reported in 2010,” researchers said.

Specifically, 710,019 respondents changed from white to Hispanic white, and 417,855 changed from Hispanic white to white between one census and the next, according to an Associated Press article (10 million switched ethnicity or race ID on census forms by Jesse J. Holland). Races in the Census are white; black or African American; American Indian or Alaska Native; Asian; Native Hawaiian or Other Pacific Islander; and other for those with more than one race. In addition, there is a Hispanic ethnic category. The article also pointed to people who were children and or living in the West when the 2000 Census took place as the most likely to have modified their responses between the government surveys.