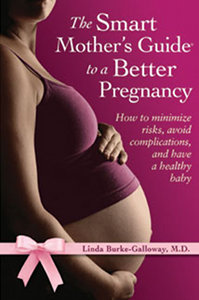 According to Planned Parenthood, the United States has the highest rate of teen pregnancies in developed countries. As much as 8 percent of the 4 million women who become pregnant each year may have high-risk pregnancies; and two-thirds of the women may have serious problems, including fetal death (National Center for Health Statistics, Obstetrics & Gynecology).

At the same time, as emerging markets grow these statistics become more relevant to them. For example, one in every four babies, or 25 percent, born in this country is the child of Latino parents. The rates of risky pregnancies are higher for African American and Latino women than for the general population. 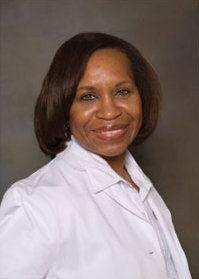 In The Smart Mother’s Guide to a Better Pregnancy: How to Minimize Risks, Avoid Complications, and Have a Healthy Baby (Red Flags Publishing, $15,95) Linda Burke-Galloway, M.D., a board certified specialist in obstetrics and gynecology, shares information on pregnancy issues for soon-to-be moms, including issues affecting Latino and African American women.

The book, five years in the making and published in 2008, has 14 chapters and an extended appendix. Convinced that physicians have lost control of their profession, Burke-Galloway sets out to inform her readers in the hopes that pregnant women across the country will take matters into their own hands to better their odds of a healthy pregnancy by taking proactive steps toward a healthier pregnancy.

Before attending medical school Burke-Galloway studied social work at Columbia University. In 1981, she graduated from the Boston University School of Medicine. She has devoted much of her time to community service and public health, traveling across the country to communities in central Florida, Harlem in New York, a Lakota Native American reservation in South Dakota as well as in Ghana, Senegal, and Cote d’Ivoire. 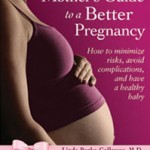