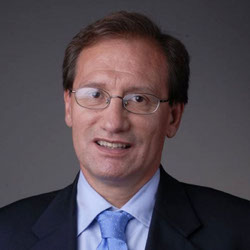 According to the results of Latinos’ Emotional Connection with Companies and Brands, a 2011 survey conducted by Newlink Research and released recently, the majority of adult Hispanics polled favored companies with Latino community involvement. The study, commissioned by Garcia Trujillo Holdings, LLC, was designed to explore whether perceptions about the way in which domestic large companies and brands treat Hispanics affect the ability of those companies to attract United States Latinos as consumers.

More than 66 percent of survey respondents said they would be more inclined to buy products and services from, and 64.7 percent said they would be even be more loyal to, companies that demonstrate a strong and visible commitment to the Hispanic community.

“Considering that Hispanics make up about 16 percent of the population of the United States and that over the next four decades they will represent the largest growing market segment, U.S. companies should begin to take into account this enormous gap and begin to structure responses that prepare them for the future,” said Eduardo Gamarra, Ph.D., managing partner, Newlink Research and professor at Florida International University. “Hispanic human capital already represents an enormous underutilized resource.”

Researchers concluded that although 59.3 percent of the consumers surveyed said they believe the Hispanic market is important to companies and brands in the United States almost 42 percent of respondents also believe those companies have little respect for them as consumers. Most (94 percent) of the respondents to the survey said they would like companies to have Spanish speaking spokespeople in their advertising and information campaigns and 15.5 percent would welcome products and services designed for Latinos.

At the same time, many respondents, more than 60 percent, said they believe Hispanic workers face serious obstacles to advancement; and 42 percent thought companies provide poor growth opportunities for Hispanics. Nearly 60 percent indicated they believe language and a college degree (21.7 percent) are the main obstacles. Many of the survey takers, 60 percent, said they believe companies are committed to their Latino employees but that few (less than 10 percent) of those employees are likely in management or leadership roles in companies in the United States.

The survey was conducted among 1,100 adult Hispanic consumers residents of the four districts with the greatest concentration of Hispanics in the United States (Southeast, Northeast, Southwest and West) between January 24 and 29, 2011. Bilingual operators conducted 15-minute interviews in English or Spanish according to the preference expressed by individual respondents. The sample took into account standard age, gender, and national origin parameters.