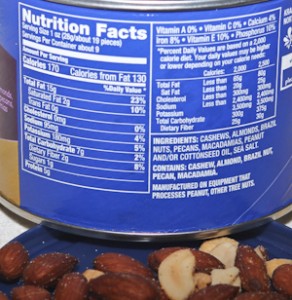 Any restaurant or company selling food or meals today must be aware of American’s changing tastes and opinions about healthy choices in order to adjust selections on offer and promotions.

While more than half, 51 percent, said they always or usually monitor fat content, 47 percent of respondent said they look at sugar levels, and 49 percent said they always or usually examine calorie counts when shopping; about 44 percent of respondents said they look at the Nutrition Facts Panel (NFP), and may also examine the ingredient list with special attention to salt levels before making a food purchase.

“The relatively high incidence of dieting in the US is one key factor driving demand for low-sodium products,” said Molly Maier, senior health and wellness analyst, Mintel. “Our findings indicate that fat and calorie counts are more likely than sodium to influence purchase. Thus, companies may be able to maximize the appeal of low-sodium foods by also showing, where appropriate, that they are low in fat and calories.”

Although consumers seem to want to know what is in the food they buy those who responded to the survey didn’t seem to want someone else to decide what they should eat. Only 46 percent of respondents said manufacturers should adopt sodium restrictions, and fewer still, 34 percent, said the government should do so.

More women (80 percent) than men (67 percent) who took the survey said they limit the amount of salt they cook with at home. Mintel researchers concluded that retail promotional materials should often be directed at women.

Older adults who participated in the survey expressed more concern for sodium levels in the foods they eat: 33 percent of respondents 65 and older said they watch salt levels compared to 32 percent for respondents aged 55 to 64 and 22 percent of all respondents.