To reach minorities head to suburbs 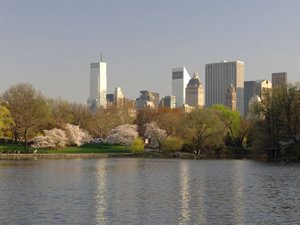 Many Americans may be surprised to know that since 2000 most of the growth in our country, 83 percent, has been driven by minorities. Researchers estimate that by the middle of this century today’s minorities will be the majority of the country’s population. Already the majority of children in large cities is from minorities. At the same time, there are significant changes in the demographic breakdown of our 100 largest urban and suburban areas. Although during the recession fewer people are moving than during normal times in the last years there have been population shifts worth noting.

I first heard about the trend toward urban center renewal during a podcast interview with Steve Bergsman, author, After The Fall: Opportunities and Strategies for Real Estate Investing in the Coming Decade earlier this year (see Listen to interview with Author Steve Bergsman) One of the changes in America’s demographic distribution in the coming years, he said, would be a renewed interest in urban centers and a falling out of favor of suburbs. According to Steve, this urban regrowth would be driven in part by the high price of gasoline. He has been proven right, at least in the major metropolitan areas of our country where many people are being drawn to live.

A recent Brookings Institution analysis of census data between 2000 and 2008 indicates many young whites are heading to the cities in search of employment, public transportation and city ambiance while Asians, Hispanics and blacks are increasingly found in the country’s suburbs. Although the suburbs are still identified as white for the first time a majority of racial and ethnic groups in large metropolitan areas lives outside the cities. 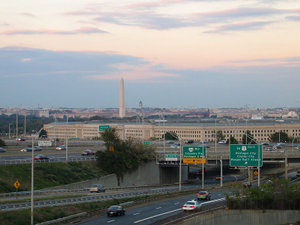 The suburbs continue to be the home of Baby Boomers aged 55 to 64 and now claim a large percent of a less desirable demographic for marketers, the poor. Surprisingly, the suburbs are where the largest poor population in the country can be found. Of course, the changes do not affect all cities. According to May 9, 2010 The Associated Press article, Washington, D.C. and Atlanta gained the most whites (5 percentage points each) followed by New York, San Francisco, and Boston. Other cities in the white flight scope include Portland, Oregon, Raleigh, North Carolina and Austin, Texas.

The Brookings Institution, a nonprofit public policy organization based in Washington, D.C., is dedicated to conducting research to advance three goals: “Strengthen American democracy; foster the economic and social welfare, security and opportunity of all Americans and; secure a more open, safe, prosperous and cooperative international system.”