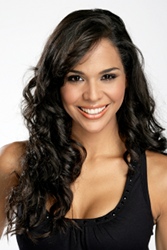 Two hosts on opposite coasts will lead Showbiz, a newly launched hour long celebrity entertainment program in Spanish on CNN en Español targeting Spanish dominant and Spanish preferred Latinas. The show, modeled after Showbiz Tonight on CNN, was scheduled to premiere Monday, January 10, 2011 at 3 p.m. ET. Juan Carlos Arciniegas from Hollywood and Mariela Encarnación from Miami are the two talent tapped to lead a discussion on “the most talked about and most controversial celebrity entertainment news stories breaking every day.” 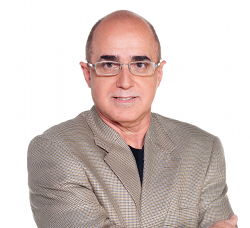 Showbiz “targets a broad bilingual audience, from pop culture mavens to viewers casually interested in the showbiz culture, news and stars. That what sets this show apart is perspective – the access and inside info that only we can deliver. It’s a fun yet factual take on a topic that genuinely interests almost everyone,” said Eduardo Suarez, vice president, Programming, CNN en Espanol. “This is the first time our audience will see a show with this type of production value in entertainment.” 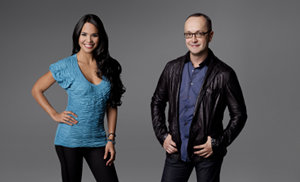 Arciniegas, a native of Bogota, Colombia, is the anchor and correspondent of entertainment for CNN en Español. He anchors Ojo Crítico, a weekly half-hour program that reviews the latest movie hits and box office bombs, and is a correspondent for Escenario, a 30 minutes entertainment news program on the network.

Arciniegas specializes in movies. Before joining CNN en Español in 1997, he worked as an assistant editor for Reuters America, Inc., in Miami, Florida. He also worked as a television reporter and international editor for Q.A.P. Noticias in Bogotá, Colombia, covering assignments in the United States and Latin America.

Encarnación, a native of the Dominican Republic and a resident of Mexico, worked as a correspondent on Levántate, a morning show on Telemundo, prior to joining CNN en Español. She also worked on Ritmo y Sabor, a weekly program on the same Spanish language network. On Mega TV she hosted Lamusica.com. She made her debut in the entertainment business on Sábado Gigante where she was a model for two years.