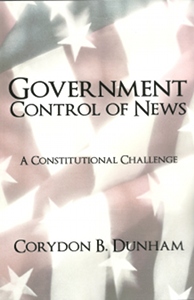 Corydon B. Dunham, who was NBC-TV’s legal counsel for 25 years, believes the proposed new Localism, Balance and Diversity Doctrine could eventually also affect news on the internet. According to him, the Federal Communications Commission (FCC) is reportedly planning to transfer the broadcast spectrum used by local television to the Internet hoping to convert it into our country’s main communications platform, and the agency has started to regulate the internet.

In his 282-page softcover book, Government Control of News: A Constitutional Challenge (iUniverse, $21.95), Dunham discusses the evolution of government control of television news and the Fairness Doctrine. The book, published in 2011 and the result of a study initiated at the Woodrow Wilson International Center for Scholars at the Smithsonian Institute, examines the history of the Fairness Doctrine, the rules by which the federal government regulated TV journalism. Similar rules had governed radio news since 1934 and were applied to TV in 1949 by the Federal Communications Commission.

“TV was a powerful new medium and there were only a few broadcast stations in many communities. It was thought that this gave unusual power to station and network owners,” Dunham explains. “The government justified the Fairness Doctrine as a way to ensure stations aired opposing viewpoints on issues.”

He explains in the book that in 1987, the FCC unanimously revoked the Fairness Doctrine, with court approval, after determining the doctrine had deterred news reporting on controversial issues, and had been used on multiple occasions to suppress viewpoints and help officials pursue their own political objectives. It took Congress two decades but it seems legislators are ready to revive the Fairness Doctrine in the form of the Localism, Balance and Diversity Doctrine, proposed in 2008.

“It has many of the same characteristics of the old Fairness Doctrine and can be expected to have similar results,” said Dunham. “News broadcast by television stations would have to meet government criteria for ‘localism’ – local news production and coverage – as well as a regulatory balance and diversity of viewpoints. A three-vote majority of five FCC commissioners at a central government agency would make local news judgments and override those of thousands of independent, local TV reporters and editors.” 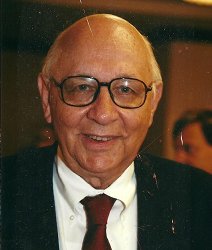 A local board at each station would monitor programming, including news, and recommend against license renewal if the station did not comply with FCC policy; in 2011, the FCC-sponsored Future of Media Study recommended the localism doctrine proceeding be ended; and the present chief of the White House regulatory office recommended that the government regulate news to advance its political and social objectives, according to Dunham.

“The president, Congress and the FCC have also agreed to transfer the entire broadcast spectrum (currently used by TV stations) to the Internet over the next 10 years. If the localism doctrine is adopted, it could apply to the Internet and its participants as users of the FCC-controlled spectrum.”

Dunham is convinced that requiring journalists to comply with a central government agency’s policy on how to report the news will impede those journalists from being free and independent.

“As the Fairness Doctrine broadcast history shows, the threat of loss of license will deter station news coverage, particularly of controversy, and the public will lose news and information. If the broadcast press is not free and independent of government, it cannot act as a watchdog for the public, which is its constitutional role.” 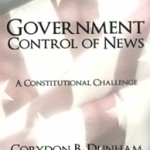