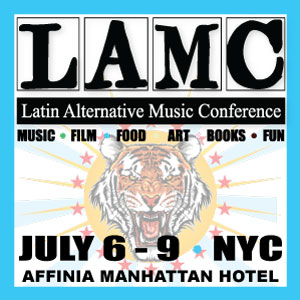 The LAMC (Latin Alternative Music Conference) is the only major conference celebrating and supporting genres of Latin music that are left of center and forging the way Latinos, especially young, bicultural-millennial Latinos in the U.S., define themselves. Hailed by The New York Times as the “Sundance of Latin music”, the LAMC is also the largest Latin music conference in the US. The 17th annual LAMC continues its focus of being dedicated to music, food, film, books, art and tech.