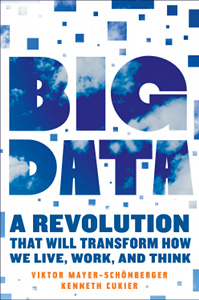 The recent revelations of government surveillance of United States citizens electronic and phone communications via National Security Agency programs has brought the issue of data collection at a mass level to the foreground. Other government programs such as police department vehicles photographing random vehicles as they drive around and the United States Postal Service program that photographs all mail and opens some mail for inspection have come to light recently. Privacy advocates draw attention to the lack of regulations for the use and storage of all that data and the potential harmful effects and unintended consequences it might bring.

Add that to data the private sector gathers on its own employees and consumers for marketing and sales purposes, often without their knowledge, from public and private sources such as credit reports and social media pages and it’s enough for reasonable people to be wary. In Big Data A Revolution That Will Transform How We Live, Work, and Think Viktor Mayer-Schönberger and Kenneth Cukier (Eamon Dolan/Houghton Mifflin Harcourt, $27) suggest that big data gathering and analysis is transforming the way we see people and the world in a revolutionary way. 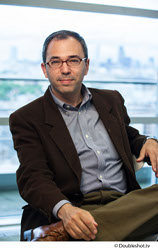 In the 242-page hardcover book, they share with readers insights on the interesting and alarming impact they believe electronic surveillance is having on our lives from business to government, science, safety and privacy, and how we think and view patterns and the world. From employee monitoring via GPS tracking to player scouting and the business search for efficiencies that drive profits big data is changing the way we do things.

They point out that data compilation should be more than cold hard facts and information. There should be a space for human intuition, serendipity and common sense, they say; adding that “What is greatest about human beings is precisely what the algorithms and silicon chips don’t reveal…” because it can’t be captured in data.

The less glamorous worrisome side of data gathering concerns privacy in a setting in which notice to individuals, consent, opting out and anonymity are almost no longer possible, they point out. Between government surveillance and commercial tools like apps personal data is used, sold, and repurposed for use by others in ways that were not thought about when the data was gathered. Predicting consumer behavior based on data could lead to dangerous and even amoral uses.

Mayer-Schönberger is professor of Internet governance and regulation at the Oxford Internet Institute at Oxford University. Kenneth Cukier is data editor at The Economist. 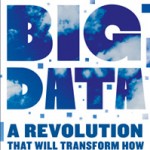