Pemba talks to sherpas on the radio

On August 1, 2008, eleven mountaineers from international expeditions died on K2, said to be the second highest mountain in the world. Three others were seriously injured. It was the worst single accident in the history of K2 mountaineering. Following that day, many wondered why the athletes risked serious injury or death to reach a place inhospitable to humans. Questions about the events and decisions that led to the accident lingered. Unsung heroes were brought to light by some of the survivors.

The Summit, a 99-minute film, rated R and produced in 2012, explores the complex questions that arose that day. It was filmed on location in Ireland, Switzerland, Pakistan, Spain, Serbia, Nepal, Italy, Holland, Norway and Sweden. It features, according to promotional materials and a trailer (no review copy was made available), reenactments based on the testimony of the survivors. It is scheduled to open October 4, 2013 at the Lincoln Plaza, 1886 Broadway, and Sunshine, 143 E Houston Street, in New York City. The following week the film is slated to open at theaters nationwide. Scroll down to watch a film trailer. 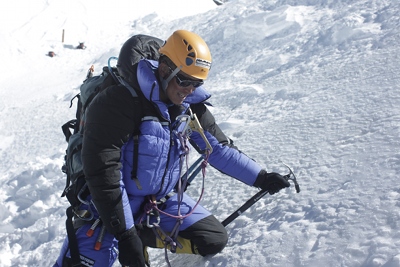 A scene from The Summit

Although the climbing season at K2 usually runs from June to August, in 2008 poor weather made the mountain inaccessible. By the end of July, ten groups of climbers were waiting for an opportunity to scale the summit. Some of the people had waited for almost two months before attempting to reach the top of the mountain. Many lost their lives in the attempt.