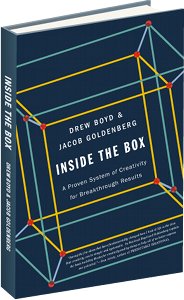 Inside the Box: A Proven System of Creativity for Breakthrough Results

Innovation is likely when working in a familiar world with tools that foster our creativity, say Drew Boyd and Jacob Goldenberg. They’re convinced inventive methods follow common patterns or Systematic Inventive Thinking (SIT) in use, according to them, by hundreds of companies. They also believe creativity is a skill anyone can learn and perfect.

In Inside the Box: A Proven System of Creativity for Breakthrough Results (Simon & Schuster, $28.50), a 257-page hardcover book published this year, they outline their approach and the characteristics of SIT.

“Research has shown that just telling people to ‘think outside the box’ does not improve their creative output. It does not give people the cognitive instructions how to generate an idea,” said Goldenberg by email in response to the question of thinking outside versus inside the box. “Instead, it prompts people to stray far away from the problem in unconstrained ways. This is both inefficient and highly unlikely to generate a creative solution. On the other hand, research shows conclusively that constraining one’s thinking, inside the box, with fewer options and tight boundaries prompts far more creative output than unconstrained thinking. Limiting the brain’s options makes it work harder to find a creative solution.”

The book project took two years to complete while development of the SIT lasted four years, and the work in the field took more than 12 years, he explained. In the book, the authors discuss five problem solving techniques: Division, Subtraction, Multiplication, Task Unification and Attribute Dependency. By removing something that had previously been thought essential a product or service may be adapted for a new use, according to the Subtraction technique. By dividing a component out of an existing product or service that initially seemed not to function it may be possible to transform it into something productive, according to the Division tecnique.

In Multiplication, a part of a product is copied after being modified. Bringing tasks together into one component of a service or product is Task Unification. Usually the component had been previously thought to be unrelated to the task. When two or more attributes initially thought unrelated are brought together successfully there is Attribute Dependency, the authors say.

Rather than start with a problem and seek solutions they suggest the opposite. “Let me tell you a secret: consumers don’t care if the problem was defined first and then a solution was found, or the opposite way. All they care about is if they have a new solution to a meaningful problem,” said Goldenberg. 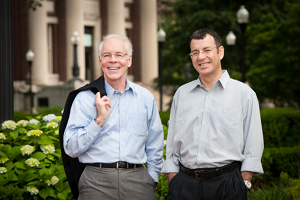 “However, the latter direction is much more effective for creative (only creative) ideation. Psychology researcher Ronald Finke and his colleagues discovered that people hold inside their head an ambiguous, pre-inventive form the instant before generating an idea. People essentially start with a configuration in their head and then seek ways to make that configuration useful. They called it Function Follows Form. They also concluded that people are better at this direction of thinking. They are better at searching for benefits for a given configuration (starting with a solution) than they are finding the best configuration for a given benefit (starting with the problem). The method, SIT, structures your creative thought processes to first create these configurations in your head, and then it leads you to find a benefit for that configuration. Done properly, you end up with a creative idea.”

Boyd is executive director, Master of Science in Marketing Program, and assistant professor,  marketing and innovation, University of Cincinnati. Prior to that he worked for Johnson & Johnson, United Airlines and was an officer in the United States Air Force. He dedicates his time to the fields of innovation, persuasion, and social media.

Goldenberg is professor, marketing, School of Business Administration, Hebrew University of Jerusalem, and visiting professor, Columbia Business School and the Interdisciplinary Center-Herzliya (IDC). His research focuses on creativity, new product development, diffusion of innovation, complexity in market dynamics, and social network effects. The company he established with his partners, which created the SIT system, works with more than one hundred companies worldwide, from the United States to Argentina to Kazakhstan. 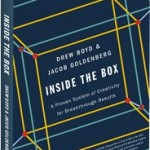