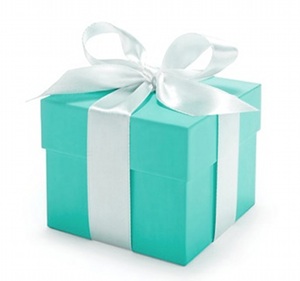 Judging by the end of year sales and revenue reports, it looks like a lot of wealthy shoppers indulged this holiday season. Tiffany & Co. must have a reduction in stock of its famous gift box. While shopping in general during this holiday season rose only 18 percent, purchases by well to do shoppers increased 45 percent, according to a Gallup poll. High-end stores like Neiman Marcus and Tiffany & Co. had strong sales, significantly higher than a year ago.

Neiman Marcus Inc. had a 4.9 percent increase in revenue compared to the same time last year, $583 million compared to $556 million. Revenue for the well known jewelry company increased 7 percent in the United States (in Asia sales were up 15 percent).

Although the holiday season sales in 2009 and 2010 were lower than during pre economic downturn years, luxury spending between November 28, 2010 and January 1, 2011 increased 8.5 percent while the previous year it only increased 5.5 percent; jewelry sales for the same period increased 10.4 percent. Luxury sales are 6.9 percent lower and jewelry sales are 8.9 lower than before the recession, according to a recent The Associated Press article (Holidays were extra bright for high-status stores).

Luxury spending, especially on automobiles, services, travel and children’s clothing, may rebound for the first time in three years, according to the Survey of Affluence and Wealth in America.

The online poll of 1,900 households with an average annual income in excess of $235,000 by American Express Publishing and Harrison Group indicated that 94 percent of respondents still believed when they answered the questions that the United States is in a recession. The households surveyed between January 2010 and April 2010 represent 10 percent of Americans and 50 percent of all retail sales.

These numbers confirm the similar conclusions based on other indicators that high net worth individuals are recovering confidence and upping their spending (see Income growth slowing, economic divide widening). If luxury spending is increasing at a higher rate than general spending perhaps that is where new products and services will be developed and promoted by forward thinking businesses at least until the rest of the market catches up.