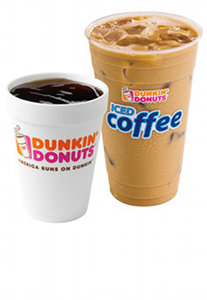 If you are 45 and older and a coffee aficionado you are in good company. Fear not that your cup of jobe will disappear anytime soon. The number of coffee drinkers and the amount of coffee they drink has remained about the same in the last few years. Adults 45 and older, especially those 55 and older, are where the highest demand for coffee is today. This market segment is likely to drive coffee sales between 2010 and 2015.

Think the price of good old coffee has skyrocketed? You are right. Growth in the coffee market lately has been driven mostly by the higher prices paid for coffee. A more modest percent of the growth is from coffee lovers’ increase in consumption. 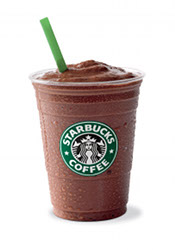 It is true that the economic downturn has resulted in a reduction of ready-to-drink (RTD) coffee purchases. As Americans watch their wallets and their waists demand for some sugary RTD products and heavily processed related products that are expensive and high in calories may continue to wane.

Before adjusting for inflation, retail sales of coffee including ground, whole bean, instant and RTD products grew 19 percent in five years, from $6.1 billion in 2005 to $7.2 billion in 2010, according to recent data from Mintel, an international research company.

An example of this has been the United States invasion by Swiss coffee maker Nespresso. In the last years the company which tightly controls sales of its coffee making machines that only accept Nespresso capsules sold exclusively at brand boutiques and by mail has made significant inroads in the luxury coffee market. Nestlé owned Nespresso has 190 boutiques in 50 countries, according to the company website.

“While we have grown exponentially in the United States over the past few years, there is still a large, un-tapped coffee-loving population that is not engaged in the Nespresso brand,” said Frederic Levy, president, Nespresso North America, in a press release. Company representatives did not respond to requests in writing and phone calls to the multinational’s Swiss headquarters and North American offices. 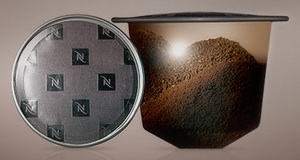 There are 13 Nespresso stores in North America. Of those, there are 10 company operated boutiques in the United States, including Nespresso’s flagship Boutique Bars in New York City and Miami, and one in Boston as well as a Boutique-in-Corner location at Sur La Table in Scottsdale, Arizona, and five Boutique-in-Shop locations at Bloomingdale’s in SoHo, New York, Chevy Chase, Maryland, Chicago, Illinois, and San Francisco and Costa Mesa, California.

In the first half of this year Nespresso’s sales in the United States and Canada increased 45 percent. Levy indicated in a Reuters interview in September 2010 that his company is targeting annual growth of 35 percent in the region for the next five years, hoping there is continuing demand for high end coffee products.

Mintel experts expect coffee sales growth to continue steadily over the next five years. Notable exceptions are instant coffee (except among Hispanics), which has exhibited a decline in the past five years and RTDs which are expected to show only minimal growth in the next few years.

As older adults’ consumption wanes today’s young coffee drinkers and their preferences will become more attractive to coffee sellers. According to the Mintel study, young adults and teens consume much less coffee than older adults often preferring energy drinks to coffee. When they drink coffee they do so at cafes where they often select cream and sugar enhanced coffee drinks like Starbucks’ Frappuccino. Tea, especially among Asians, is another competitive product. Forward planning coffee companies may wish to launch products to target these desirable market segments.

Hispanics, according to popular belief and the Mintel study, love coffee. Because this market segment is booming, along with other emerging markets (Asians, African-Americans and Hispanics account for 80 percent of the growth in the United States according to the Geoscape 2010 American Marketscape DataStream report), it will probably be behind a significant part of the anticipated coffee products growth in the next five years.