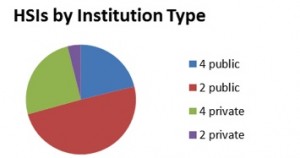 Degree-granting academic institutions with Full-Time Equivalent undergraduate enrollments of 25 percent or more of Hispanic are defined as Hispanic Serving Institutions (HSIs) by the Higher Education Act. In 2010, there were 311 such institutions with an enrollment of 1,348,513 Hispanic students in post secondary non-profit schools, according to the Hispanic Association of Colleges and Universities (HACU), a 400-member organization founded in 1986 by 18 original colleges and universities to be “the champion of Hispanic higher education.” 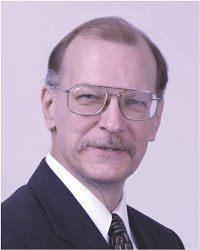 “Hispanic-Serving Institutions (HSIs) are playing the key role in Hispanic higher education, since these 300 institutions enroll more than half the Latinos in US colleges and universities. As the Hispanic college population has grown, so has the number of HSIs. Addressing the achievement gap or reaching the President’s goal of becoming number one in the world in degree attainment will require more attention to (and more funding for) these institutions that are already educating most the nation’s largest and fastest-growing minority population,” said John Moder, Ph.D., senior vice president and chief operating officer, Hispanic Association of Colleges and Universities, by email in response to a question about the importance of these institutions and the significance of their growth in the past decade.

California, with 98 HSIs had the most such institutions of any state followed by 56 each in Puerto Rico and Texas, 23 in New Mexico, 15 each in Florida and New York, 13 in Illinois, 10 in Arizona, 6 in New Jersey, 5 in Colorado, 4 in Kansas, 3 each Massachusetts and Washington, 2 in Connecticut, and 1 each in Indiana and Oregon.