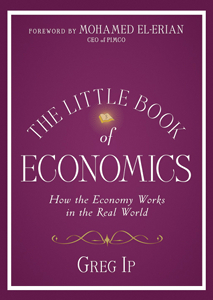 With so much emphasis on the recession and how the economy in the United States and Europe is suffering few people, perhaps, stop to think about the basic term behind the discussion, the economy, and what it means to people’s everyday lives. Why are so many world economies struggling? How do the issues that drive our economy relate to the way we live our lives and make our living?

The answers often seem complex and out of reach of the average person. Among the many experts and lay people seeking to understand the current situation and what led to it is an editor who for years has made a living examining economic issues. Greg Ip, editor, United States Economics for The Economist magazine set an ambitious task for himself: to outline the basics of how the economy works in life in an easy to read style. In The Little Book of Economics How the Economy Works in the Real World (Wiley, $19.95) published this year he outlines his theories of how the economy works beyond academic theories.

In the 250-page hardcover book published this year, Ip covers economic terminology, myths, misinformation and its sources, inflation, globalization, the Federal Reserve, the Treasury and Congress, the roots of the current situation, government debt issues and possible consequences, sluggish growth and long term unemployment using case studies to illustrate the issues along the way. At the end of every chapter he included a Bottom Line section with a short bullet point summary of the most important points in the chapter. 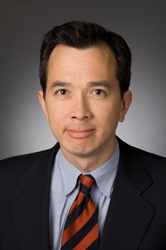 According to Ip recessions and bubbles are part of the natural cycle of a country’s economy. In the first chapter, he theorizes that if the financial system can sort out the bad debt issues resulting from the real estate bubble bursting, investment should return bringing an annual productivity growth of 1.5 percent or even 2 percent. If the labor force grows .75 percent there could be long term growth of between 2.25 percent and 2.75 percent, returning the United States to solid economic ground. In his words, the country “… may no longer be a glamorous growth stock; but it’s still a blue chip.”

The book is divided into 15 chapters: The Secrets of Success; Economic Bungee Jumping; In-Flight Monitor; Labor Pains; Fire and Ice; Drop the Puck!; All the World’s an ATM; All the President’s Men; The Buck Starts Here; White Smoke Over the Washington Mall; When the World Needs a Fireman; The Elephant in the Economy; Good Debt, Bad Debt; Love-Hate Relationship; and A Species of Neuralgia.

Ip learned about economics from his mother as a child and went on to study the subject as a university student. A former reporter at The Wall Street Journal from 1996 to 2008 he was named Business Journalist of the Year by the World Leadership Forum, received the William Brewster Styles Award in business and economics writing, and was on the 2002 The Wall Street Journal team honored with the Pulitzer Prize for breaking news reporting. 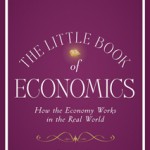 Click here to buy The Little Book of Economics