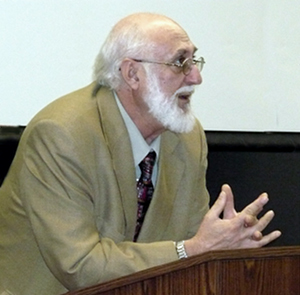 The North American Academy of the Spanish Language (ANLE) believes there are as many as 45 million Spanish speakers in the United States. Academy leaders want Spanish speakers in the United States to maintain and improve their Spanish language skills. To that end the organization began placing segments on Univision Channel 41 and on stations in Texas and California in 2010. Now the organization has teamed up with five impreMedia print publications to continue its outreach efforts.

“I am delighted to know that our language tips are appearing little by little in the most important Hispanic newspapers in the country,” said Gerardo Piña-Rosales, president, ANLE. “One of our basic missions is to disseminate Spanish, and with the collaboration of the media, I am sure that they, too, will benefit from our advice. Together we will assure that Hispanics increasingly use an international Spanish that, although born in Castilla, has become firmly rooted in the Americas.”

Academy volunteers write the columns, one per day, and provide slightly different materials for the broadcast media outlets. The Academy receives no outside funding for the work nor does it remunerate its volunteers financially, according to a representative of the organization who replied to questions by email.

“Just when the Hispanic population surpasses 50 million, it is of vital importance to establish a bridge between the Academy and the press to better serve the language and our cultures,” said Jorge Ignacio Covarrubias, secretary of the board of ANLE and chair of the information committee.

“One of the basic functions of a news organization is to educate our communities,” said Pedro Rojas, executive editor, La Opinion. “I am sure that these columns will be the perfect tool to help us improve our command of Spanish. What better way than with the guidance and collaboration of the ANLE.”

“Hablando bien se entiende la gente has been very well received. I think that a plus of the book is its tone. We tried to avoid a professorial, academic tone, in favor of a lighter approach,” said Gerardo Piña-Rosales, president of ANLE, by email. “ANLE does not condemn any variety of Spanish spoken in the U.S.; we merely wish to remind people that, like any other language, Spanish has its own rules, and they should be followed. An additional problem is the influence of English on Spanish.”

The book, published in Spanish this year, was edited by Piña-Rosales, Jorge I. Covarrubias, Joaquín Segura who are members of the organization’s board of directors; and Daniel Fernández. It includes 45 illustrations by Héctor Cuenca. Eight men: Joaquín Badajoz, Emilio Bernal Labrada, Antonio Culebras, Fernando A. Navarro, Antonio Pamies, Luis Pérez Botero, Luis Ríos, and Mordecai Rubín; and one woman, Vanessa Lago Barros are listed as contributors.

“Our goal is not to police language usage but to help language users use Spanish so that it can be understood by all our Spanish-speakers,” said Piña-Rosales in a press release. “We hope that these ‘language capsules’ will help people who have doubts and want to use Spanish correctly. No one can dictate how people speak, but we can help those who write or work in communications fields use Spanish in ways that reflect universal usage.” 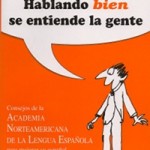