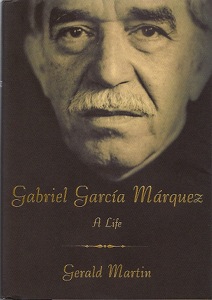 The work of 17 years of research and dedication, Gabriel Garcia Marquez A Life (Knof, $37.50) by Gerald Martin, is the first official biography of the famous Colombian Nobel Prize winner. The 642-page hardcover book is divided into three sections and 24 chapters that follow the author’s life in chronological order to the time of publication. The book, published in 2008, includes 16 pages of photographs and three maps. A Spanish edition is due out this year.

To complete his task Martin interviewed Garcia Marquez, the author best known for his magical realism writing style, extensively as well as 300 other individuals; including family members (wife, children and siblings), political figures such as Fidel Castro and Felipe Gonzalez, fellow authors and even self described detractors. Martin summarized his findings in order to publish the current title, down from more than two thousand pages which he plans to publish as an extensive work in future years.

A resident of England, Martin is Andrew W. Mellon Professor Emeritus at the University of Pittsburgh and senior research professor at London Metropolitan University. Past publications include Journeys Through a Labyrinth: Latin American Fiction in the Twentieth Century; and a translation and critical edition of Men of Maize, a work of Miguel Angel Asturia. 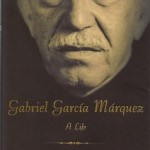