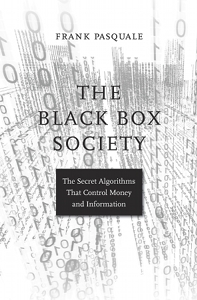 Every day, a corporate or government system gathers data, openly and in secret, about people across America. From purchasing habits to driving our lives and movements physical and virtual are increasingly subject to voyeurism, storage, sharing and analysis without our consent or knowledge. In The Black Box The Secret Algorithms That Control Money and Information (Harvard University Press, $31.50) Frank Pasquale, professor of law, University of Maryland, explores issues related to corporate data gathering, and asks who tracks the activities of the data gatherers, their own data; and what happens to the data they gather about us.

He points to the proprietary methods, gag rules and nondisclosure agreements government agents and corporations hide with, leaving everyone else exposed. Using anonymizing software, he says, may draw unwanted attention from authorities. The same laws that aggressively protect the data gatherers’ secrecy is “increasingly silent when it comes to the privacy of persons,” he says in the book.

“Many of the firms I write about in the book try very hard to keep their practices secret. I had to comb many reports in order to find another leaks, litigation documents, and other ‘peeks’ inside their black boxes,” said Pasquale when asked by email about the biggest challenge the book presented for him. 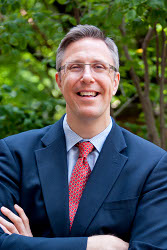 “I have heard from so many people who’ve been victimized by black box processes,” he said, when asked what was the most unexpected result of writing and publishing the book. “There was a man who found his credit damaged for years, because he lost one small stage of a lawsuit against an obviously fraudulent actor. There are people who can’t find jobs because some mysterious algorithm or reporting system keeps blackballing them. But there are also many who fight back, and I really find inspiration from their stories.”

In the book, he asks: Should our own citizens be on secret watchlists without their knowledge or any opportunity to defend themselves? Should a credit card company be entitled to raise the interest rate of a couple seeking marriage counseling? Should they be told? Should powerful search engines and social media sites be entitled to take down legal websites and books without informing the public? Should the Federal Reserve print money to save banks after their executives behave irresponsibly, and hide the printing from the public?

The 304-page hardcover book, published this year, is divided into six chapters: Introduction—The Need to Know, Digital Reputation in an Era of Runaway Data, The Hidden Logics of Search, Finance’s Algorithms: The Emperor’s New Codes, Watching (and Improving) the Watcher, and Toward an Intelligible Society. It features 83 pages of end notes.

To the question of what the average person can do to protect her or himself until, and if, the situation is remedied, and the transparency you call for becomes a reality? he replied, “I’d say: support smaller, more local economic actors. At least there are people at them who can respond to complaints and try to fix things. I’ve found that, at many large firms, algorithmic processes truly become faceless…there’s no one to appeal to.”

In closing he says, the data gathering situation and society with a black box approach “has become dangerously unstable, unfair and unproductive;” and that it is up to society to establish the rules that lead us to a safe environment and a stable economy.  Pasquale is an affiliate fellow at Yale Law School’s Information Society Project, and a member of the Council for Big Data, Ethics, and Society. 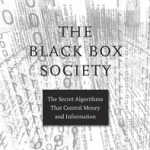