The big business of love 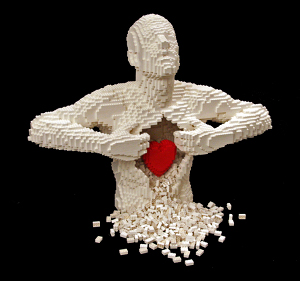 Although no one knows for sure who was the original Valentine, many believe it was a  clergyman who was executed for secretly marrying couples in ancient Rome during a marriage ban imposed by Emperor Claudius II, who felt that marriage weakened his soldiers. In A.D. 496, Pope Gelasius I declared February 14 Valentine Day. Over time, the Christian holiday became a time to exchange love messages, and St. Valentine became the patron saint of lovers. In the 1840s, Esther Howland, a native of Massachusetts, is believed to be the first person to sell mass-produced valentine cards.

On the business side of Valentine there are many advantages to the holiday. In 2006, there were 1,170 locations employing 39,457 people producing chocolate and cocoa products in the United States. California with 128 was the number one chocolate producer followed by Pennsylvania with 116. That same year, there were 473 companies that produced nonchocolate confectionary products. These establishments employed 18,733 people.

On the florist side of things, there were 20,227 flower shops in the country in 2006 employing 98,373 people. At the same time, the wholesale value of domestically produced cut flowers in 2007 (for flower-producing operations with $100,000 or more in sales) was $416 million. California was the leading producer, accounting for three-quarters of the total ($320 million).

For a longer lasting memory jewelry may be the answer. There are 1,777 jewelry manufacturing establishments in the country. In 2006, there were 28,300 jewelry stores in the United States. In February 2008, these stores sold $2.6 billion in merchandise.

Those who aren’t getting married are looking for love. In 2002, there were 904 dating service establishments nationwide employing nearly 4,300 people and earning $489 million in revenue.

According to the U.S. Census Bureau, 57 percent of women and 60 percent of men in America are 18 or older and married (including those who are separated). On a more sobering note, most marriages in the United States only last eight years. The median number of years between a divorce and a second marriage is 3.5.