For people interested in reaching prospects online social networking, especially websites like Facebook with 150 million members, may offer a desirable target. That forum is so large 400,000 developers have created  24,000 applications for the system. The same characteristic that makes Facebook desirable, its many members, makes tapping it daunting. Social networking advocates believe that because university graduates are accustomed to social networking from their college days and may continue their use as they enter the workforce making social networking sites indispensable as a future business tool. At the same time, eager new users question the tangible long term business benefits of social networking and wonder how they should get started.

This year, a new expert joined the many fans of social networking with a “how to” guide. Clara Shih wrote The Facebook Era: Tapping Online Social Networks to Build Better Products, Reach New Audiences, and Sell More Stuff (Prentice Hall Professional, $24.99) to share suggestions about how business people can leverage social networking to change the way they do business and profit from it.

The 236-page paperback book includes a 60-day action plan to help readers benefit from using social networks. It is divided into 12 chapters in three main parts: A Brief History of Social Media, Transforming the Way We Do Business, and Your Step By Step Guide to Using Facebook for Business. In the first section she examines the current state of social networking; she then explores ways in which specific company areas can benefit from social forums; and in the last four chapters she provides suggestions to implement the ideas she presented in the previous section. 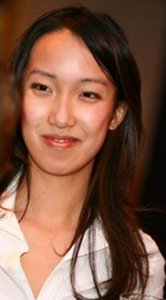 Shih created Faceconnector (formerly Faceforce), one of the first business applications on Facebook. She is also product line director of AppExchange, salesforce.com’s online marketplace for business software-as-a-service applications built by third-party developers. Previously, the author worked in strategy and business operations at Google, and before that as a software developer at Microsoft.

She is the founder and serves on the board of directors of Camp Amelia Technology Literacy Group, an East Palo Alto, California-based 501(c)(3) nonprofit that develops and distributes technology education software and curriculum. Clara holds undergraduate and graduate degrees in economics and computer science from Stanford, and has a Master’s Degree in Internet studies from Oxford, where she was as a United States Marshall Scholar.

Her first book, Using New Media, was commissioned by UNESCO to help teachers, parents, and school administrators in developing countries use digital media to adopt best practices and distribute high-quality content and curriculum. Shih is an immigrant to the United States from Hong Kong and learned English as a second language. 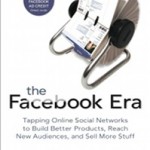