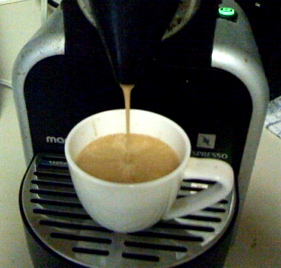 Espresso-based beverages are popular among Hispanics

Hispanics like to drink coffee more than other racial and ethnic groups. They begin drinking coffee earlier than other groups and in their older years are more likely to be exclusive coffee drinkers; and 74 percent of Hispanic-Americans drink coffee daily, twelve percentage points ahead of other Americans. As they become acculturated they mimic the attitudes and behaviors of non Hispanic coffee drinkers, according to Ethnicity and Coffee: Focus on Hispanic-American and African-American Coffee Consumption Across the U.S. Market, a new study by the National Coffee Association, part of the organization’s NCA Market Research Series.

The Association surveyed 2,955 Hispanic, Caucasian, African American and Asian and Other individuals. In order to be certain of the tastes and behaviors of Hispanics that group was over represented; one thousand Latinos were interviewed. To make sure the over representation did not bias the results when the researchers profiled the overall population the final dataset was weighted based on age, gender, region and ethnicity to match the U.S. population based on the 2010 U.S. census.

The breakdown by country of origin or geographic area among the Hispanics interviewed for this project was: from Mexico (502), Other (137), Puerto Rico (132), Cuba (81), and Dominican Republic (52). By language preference (defined as level of acculturation by the researchers): Spanish Dominant (336), Bilingual (312) and English Dominant (269).

The National Coffee Association of U.S.A, Inc. (NCA), established in 1911, is a trade organization for the coffee industry in the United States. Its leaders strives to serve all segments of the domestic coffee industry, including traditional and specialty companies. A majority of NCA membership, which accounts for over 90 percent of United States coffee commerce (according to the organization website), is comprised of small and mid-sized companies and includes growers, roasters, retailers, importer, exporters, wholesaler, suppliers and allied industry businesses.