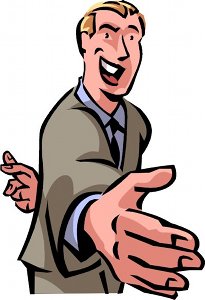 Is it possible, like in the popular television program Lie To Me, to identify words (in the show they use nonverbal cues) to know when someone, especially a senior executive, is lying? Can a simple analysis of executives’ language separate truthful executives from fibbers accurately?

David F. Larcker and Anastasia A. Zakolyukina, graduate business students at Stanford, analyzed the language used by chief executives (CEOs) and chief financial officers (CFOs) in the United States between 2003 and 2007 by examining the transcripts of 30,000 quarterly earnings conference calls. They assumed that CEOs and CFOs would be aware of any manipulation of the company’s financial records. They relied on psychological studies that indicate when people may be fibbing by examining the language they use to draw conclusions about the conversations.

The two students shared their thoughts in a 69-page paper titled Detecting Deceptive Discussions in Conference Calls published July 2010 at the Stanford Graduate School of Business. They believe their linguistic classification models have an above average accuracy rate of between 50 and 65 percent.

It appears the deceptive executives are more likely to make more references to general knowledge (“as you know…”), refer less to shareholder value, and use fewer “non-extreme positive emotion words” to “sound more persuasive” while bluffing. Also, they use the third person and avoid saying “I.”

The researchers believe the executives on the calls rehearsed or were possibly coached because they relied less often on “hesitation words” such as “um” and “er.” According to their analysis, the pattern of lies is different between CEOs and CFOs.

At the same time the authors of the paper were unable to separate those who knowingly lied from those who did so unwittingly. They believe lack of context and background detract from the findings. In their conclusion they point out that because the large sample they used for their research is of big and profitable firms they may not expand their conclusions to the general population of companies.

Critics (see “How to tell when your boss is lying,” The Economist August 19, 2010) point out that although the results of the study are significant eventually the executives will just seek out more and better public relations coaches to help them prepare and carry out their deceit more effectively than during the calls examined in the study by preparing them to say the things that are expect of truthful speakers.