Martes, a rapper, is originally from the Domincan Republic. Morales, a native of Brooklyn of Puerto Rican descent, has experience as a tropical music singer in the studio and stage. Santiago, from Puerto Rico, is a vocalist and song writer. 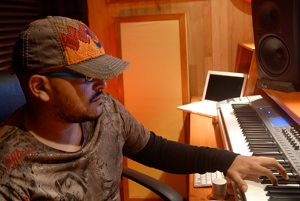 Bonilla, originally from Colombia, plays piano and drums, produces, arranges, and handles synth programming for DeeGee. He studied at the Juilliard and Manhattan schools of music. According to promotional materials, in 1990, Bonilla joined the Tito Nieves Orchestra and traveled extensively. Later he was piano player for Marc Anthony’s Band for two years before working with La India. Prior to launching DeeGee’s first album he worked in music production.