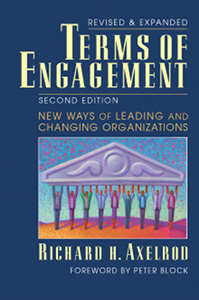 Richard Axelrod believes corporate change occurs when employees become engaged. He is convinced that common old style top down methods that force employees to participate in change programs have the opposite effect of that desired. Instead of encouraging employees to become engaged in new policies the forced adoption discourages engagement.

In 2000 he shared his ideas in a book, Terms of Engagement. After recovering from emergency triple by-pass surgery and changing his personal lifestyle habits he discovered American Airlines had relied on his principles to save $1.8 billion and turn the company around.

In the second edition of Terms of Engagement New Ways of Leading and Changing Organizations (Berrett-Koehler Publishers, Inc., $29.95), a revised and expanded softcover edition, he dedicates 229 pages to the topic. The new edition includes Questions for Reflection at the end of each chapter to assist readers’ learning. Axelrod also included insights and stories of engagement he gained and summarized from 400 pages of transcript developed after communicating with dozens of people in the process of updating the book.

The book, published in 2010, features a foreword, an introduction and twelve chapters: Why Change Management Needs Changing, Engagement Is the New Change Management, Six Change Management Myths, Lead with an Engagement Edge, Leadership Conversations that Foster Engagement, Widen the Circle of Involvement, Connect People to Each Other, Create Communities for Action, Promote Fairness, When Engagement Disengages: Some Words of Caution Before You Begin, Design Work with Engagement Built In, and How to Start Where You Are. 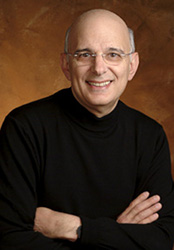 Axelrod, founder of the Axelrod Group, Inc., lists Boeing, British Airways, Corning, Ford, Harley-Davidson, Hewlett-Packard and Kaiser Permanente among his clients. He is the coauthor of You Don’t Have to Do It Alone. He and his wife of 40 years reside in Wilmette, Illinois. 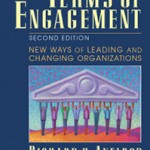