Why consumers are buying more sugar 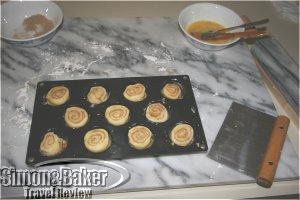 In the last two years sugar consumption has increased 20 percent. This is important because sugar is the most popular product in the $4.3 billion sweetener industry in the United States. The industry is divided into three main segments: sugar, sugar substitutes, and liquid sweeteners for tabletop use and as ingredients in baking. There are also presweetened products competing for space in supermarket shopping carts. Ultimately it’s the buyer who decides whether to opt for sugar-based, presweetened or sugar-free products.

It is interesting to note that in spite of the popularity of sugar, those consumers have the lowest brand loyalty. Some 47 percent of homes that bought granulated sugar picked the store brand; 39 percent of homes bought Domino, and 26 percent chose C & H, according to a recent study conducted by Mintel, a supplier of consumer, media and market research. A Mintel spokesperson responded by email that demographic breakdown by gender, age, ethnic group or geographic location was available.

In 2008, consumers used an average of 2.4 pounds of sugar each month compared to 2 pounds in 2006. Households using sugar substitutes consumed an average of three packets per day, and 60 percent of them selected Splenda.

Economic climate changes have driven consumers to dine at home more often, resulting in an increase in consumption of sugar and sugar like products. Changes in sugar markets such as the use of sugar for biofuel, man made and natural disasters that impact the industry may affect availability and prices. At the same time, the sugar substitute market has seen promising developments thanks to the availability of natural sugar free sweeteners like stevia and agave.

Health related issues affecting America’s aging population, especially obesity and diabetes, also impact the consumption and selection of sugar industry products. Obesity and diabetes are exacerbated by excessive sugar consumption, driving sufferers to purchase sugar substitutes instead of sugar. Older consumers are most likely to have these conditions which is why they are more inclined than younger consumers to purchase sugar substitutes.