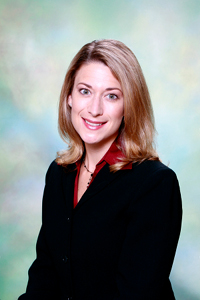 In an effort to target budget conscious Spanish dominant Latinos Allstate launched a national television ad campaign earlier this year. The first Spanish language ad ran in the second quarter of 2009 and the second ad began airing this month. There are plans for additional spots later this year. The ads have been airing on Univision and Telemundo networks. Information on audience response to the ads was not yet available.

The insurance company plans to run the commercials during the MNT games, Premio lo Nuestro and the Latin Grammys, as well as during regular programming, according to a company spokesperson who responded to questions by email. Scroll down to see videos of the two ads.

“Allstate’s dedication to the Hispanic community begins internally, extends to our Hispanic advertising and public relations programs, and reaches Hispanic consumers where they work and live,” said Georgina Flores, senior marketing manager for Allstate.  “Our involvement within the Hispanic community is not a trend – it is part of our culture – and we are here to provide peace of mind for consumers during these tough economic times.”

The two Spanish language ads, created by Lapiz, Allstate’s agency of record, focus on the recession and invite the viewers to reach out to the insurance company for support in weathering the economic storm. In one, “Load,” a young man is overstuffing a load of laundry at a laundromat; in the other, “Cobbler,” a young man takes his shoes to be fixed at the shoe repair shop.

Allstate’s Spanish language website received a Silver Award from the Advertising Research Foundation in the multicultural banking and insurance category. There are more than 3,000 Allstate agencies with Spanish-speaking capabilities and the company offers claims and customer service in Spanish round the clock via a toll free number.

According to promotional materials, the Allstate Corporation is the nation’s largest publicly held personal lines insurer, providing services to 17 million households. The company has 14,700 exclusive Allstate agencies and financial representatives in the United States and Canada.

Click on the play button to watch the “Load” and “Cobbler” ads below: