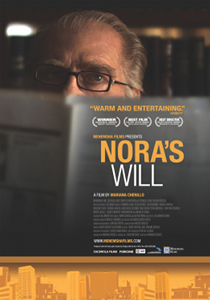 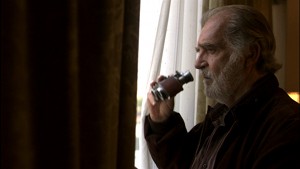 José looking through binoculars in Nora’s Will

Cinco días sin Nora, titled Nora’s Will in English, is at first glance a film about love and what happens when a woman controls events from the grave, well some events in the lives of her loved ones anyway. On closer inspection, the Spanish language movie with English subtitles provides an opportunity for introspection withing a sad background, peppered with comic moments, of thorny issues relating to death, interpersonal relationships, selfishness, jealousy, professional ethics, suicide and society’s attitude toward it, Jewish and Catholic rites of passage, and hypocrisy that transcend a family’s life.

First time director Mariana Chenillo dedicated 92 minutes to the Mexican movie, first shown in 2008 and now being released by Menemsha Films in select theaters in South Florida. It is scheduled to be in theaters in New York in September and available on DVD later this year.Scroll down to watch a trailer of the film in Spanish with English subtitles.

Nora’s Will stood out at this year’s Ariel Awards held in Mexico City in April. At the event, the Mexican Film Academy named Cinco Dias Sin Nora Best Picture of the Year, Best First Work, and Best Original Screenplay. The judges also recognized its cast, score and make up with awards for Best Actor (Fernando Luján), Best Supporting Actress (Angelina Peláez), Best Original Score and Best Makeup. Chenillo, who wrote and directed the film, is the first woman director to win an Ariel Award for Best Picture. 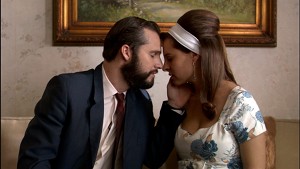 Jose and Nora in their youth in Nora’s Will

Before dying, Nora, a Jewish woman, develops a plan to make José, her ex-husband, take care of her corpse. What she didn’t plan was that someone discovers a mysterious photograph forgotten under the bed. The incriminating photograph leads to an unexpected outcome which the movie maker designed to remind viewers that “the biggest love stories are sometimes hidden in the smallest places.” But is it a love story? 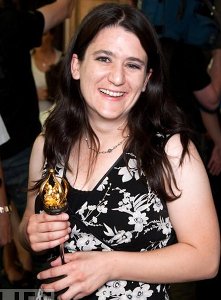 Chenillo, born in Mexico City in 1977, entered the Centro de Capacitación Cinematográfica of Mexico City in 1995, where she specialized in film directing. Since then, she has worked as a script girl, production manager, and as a production coordinator with several film directors. As a teacher, she has worked at the Centro de Capacitación Cinematográfica since 2005.

She was able to make the film with grant funding from the National Fund for the Arts and Culture (Jóvenes Creadores 2003-2004), the TyPa Foundation, the Rockefeller Foundation, the Hubert Bals Fund, the Mexican Film Institute, the Project Development Program for Operas Primas organized by the Centro de Capacitación Cinematográfica, and the FIDECINE public fund. The movie was shot in October and November of 2007.