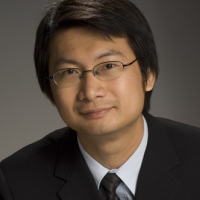 According to the study, marriages between Hispanic immigrants and natives increased by more than 2 percent in the decade following the attacks of September 11. In the first two years after 9/11 there was a small increase in marriages to natives while in the years after that the increase became yet more noticeable.

These marriages helped offset the deterioration in job prospects for Hispanic immigrants that resulted from discrimination following the attacks, according to new research from the University of New Hampshire.

“Being married to a native increases employment rates by 1.2 percent and earnings by 21.8 percent,” according to researchers at the University of New Hampshire and the University of Massachusetts at Dartmouth. “The offsetting effect may not be particularly large, given the estimated effect of Sept. 11 on intermarriage being about 2 percent. Nevertheless, this result highlights the possible importance of the labor market incentives that are associated with the increased rates of intermarriage among Hispanics.”

The researchers believe their results reflect the actions of undocumented immigrants, Hispanic immigrants marrying Hispanic natives, immigrants who were married before arrival, or new immigrants; and call for further research to better understand the intermarriage behaviors of Hispanics.

An article about the research titled The effects of 9/11 on intermarriage between natives and immigrants to the U.S. was published September 2011 in the Review of Economics of the Household and was the work of Le Wang, assistant professor, economics, University of New Hampshire, and Chunbei Wang, assistant professor, economics, University of Massachusetts at Dartmouth. The researchers analyzed the March Current Population Survey 1995-2010 and relied on a difference-in-differences approach to estimate the impact of 9/11 on intermarriage among Hispanic immigrants.