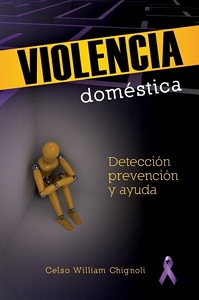 Between 1995 and 2008, while Celso William Chignoli was senior pastor of Scruggs Memorial United Methodist Church and senior pastor of the United Methodist Church of the New Community he established La Clinica, a health program that provided medical, dental, psychological, and social work services free of charge to 1,200 patients a month. Eighty-five percent of those were migrant or undocumented workers who could not afford to pay for their health care.

Among the patients there were people who exhibited complications associated with domestic violence, both victims and victimizers. This led him to research the topic and offer specialized courses for pastoral care and counseling in the summer class programs at Perkins School of Theology, Concordia Seminary and elsewhere.

He wrote about the subject initially for seminarians, pastors and church ministries. Then he directed his attention to victims in Spanish in Violencia doméstica: Detección, prevención, y ayuda (Editorial Concordia,$8.99), to help them gain insights to overcome this situation without serious problems. He also directed the 126-page softcover book to pastors and future pastors believing that if they understand domestic violence they can be prepared, prepare their congregation, and have the option to establish a restorative ministry.

The statistics are daunting: 75 percent of fatalities occur when a victim announces she or he will leave or end the relationship. Chignoli believes it is better to leave without an explanation, and learn to heal. 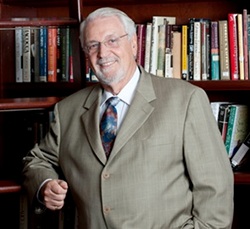 Domestic violence is taboo within Hispanic households and other groups, according to the author, because it is “rooted in anger and the lack of ability to manage that anger.” The presence of aggression, violence and sexual abuse in the media; the fact that in the majority of Latin American and Spain there are no protective laws and have not developed a sense of respect towards women, according to him, are other contributing factors. Discrimination, he says, is also common, although 17 percent of domestic violence victims are men. Often, according to him, Hispanic women cling to chauvinist customs and when a woman does not submit to her partner’s needs, it can escalate to death.

According to Chignoli a large percentage of Hispanics do not have access to a computer and do not have education or resources in Spanish; and Latino communities in the United States may feel “disconnected to reality because of the lack of solidarity and participation in education campaigns regarding mutual respect in relationships.” He believes by speaking out against domestic violence, creating awareness, and taking action people can fight domestic violence.

Chignoli studied medicine at the Universidad Nacional de Cordoba in Argentina and received his graduate degree in divinity from Eden Theological Seminary in Saint Louis, Missouri. Editorial Concordia, the Spanish division of Concordia Publishing House is a not-for-profit publishing company and the publisher of The Lutheran Church—Missouri Synod. 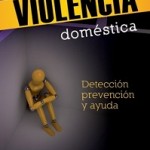