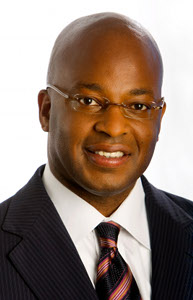 Americans remain optimistic in spite of the recession and high unemployment, according to a recently released Pepsi Optimism Project (POP) national telephone survey. Ninety six percent of respondents were optimistic about their future. Those surveyed seemed to be more hopeful this year than in 2008 about issues relating to: Relationships with family and friends (91 percent versus 81 percent), overall well-being (88 percent versus 84 percent), health (86 percent versus 78 percent), finances (77 percent versus 64 percent), and chances of finding love (70 percent versus 61 percent).

“In 2008, our POP research informed us that there was a collective and contagious sense of optimism pervading the youth mindset. This year we see that same spirit of optimism is not only pervasive among the millennial generation but across all demographics,” said Frank Cooper, chief marketing officer of portfolio brands, Pepsi-Cola North America Beverages. “Representing a brand that has become synonymous with the spirit of youth and optimism, those of us at Pepsi are continuously encouraged by the resilience of Americans, across all ages, races, sex, location and economic background, people are embracing optimism, even in the most uncertain of times.”

The Optimism Survey was conducted on behalf of PepsiCo by StrategyOne, a New York strategic consulting. In addition to random digit dialing to ensure national representation, and computer-assisted telephone interviewing for optimal accuracy, a supplementary sample of Hispanics (N=186) and African-Americans (N=170) were surveyed.

The Pepsi-Cola North America Beverages (PCNAB), a division of PepsiCo, portfolio features Pepsi, Mountain Dew, Sierra Mist and Mug soft drinks. According to promotional materials, PepsiCo, has one of the largest roster of billion-dollar food and beverage brands, including 18 different product lines that each generate more than $1 billion in annual retail sales in over 200 countries. According to promotional materials, PepsiCo employs 198,000 people and in 2008 it generated more than $43 billion in revenues. A public relations representative of the company declined to share any information on the ethnic breakdown of customers, employees or their product preferences.