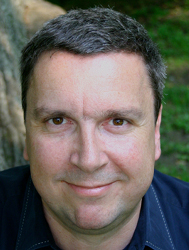 This just in: A group called “Teens turning Green” chimes in on the safety (better, the lack thereof) of fragrances in consumer goods, body care products and fine fragrances that people buy to enjoy – or simply to smell better.

As sure as the kids go to camp, every summer the scent-adverse special interest groups pick up reports from organizations such as “The Campaign for Safe Cosmetics” that lament the fact that there are health risks resulting from “secret chemicals” in fragrance. Usually such advocacy groups are also anti-commerce and against aggressive marketing. At least with TTG that isn’t the case since they sell their own range of products via their web site while they criticize the products of others right next door. For just $130 the whole range can be yours’…

The discussion about what is safe and what is not is not new. Neither are the accusations that the fragrance industry is completely unregulated and that government involvement is required. To that I’d say “let’s see how the government performs in representing the US taxpayer as a majority shareholder in GM” and then we can decide if we want it to be involved in other areas. But not until we are done with BP and the disaster that they had caused in the Gulf of Mexico.

But let’s look at the bigger picture: Consumers like – well, they demand – to know what’s in the products they buy. And in many cases rightly so. Personally, I do cringe when a dinner companion asks the waiter how the grilled salmon is prepared. “Grilled” says it all to me but there are obviously differences that I don’t know. But that’s just me and because I don’t want to come across like an ignorant I just let it go. Others are not as nonchalant and more concerned, in some cases generally concerned.

Recently I was at a conference on sustainable fragrances where “regulation” was the key issue. One presentation listed 10 different “Green Seals” that are in use worldwide. Another organization “cleangredients” (an appendix to a group called “Green Blue”) charges ingredient suppliers a fee to review and certify their products according to “Design for the Environment” US EPA standards which are then entered into a “safe materials” database. Access to this database is then sold to product formulators suggesting that they have a good chance to make a “safe” product using cleangredients’ information. Let’s give a warm “welcome back” to the middleman, making a buck burning the candle on both ends.

But transparency has it’s limits when it comes to the fragrances in any product. Imagine you were an author and your complete works were segmented and catalogued in a database that other aspiring authors can use to make their own novel. A chapter here, a sentence there. Imagine you were a photographer and every magazine would have a CD ROM “companion” with all pictures in digital format so you can make your own coffee table book. Imagine you were a perfumer and the label on the shampoo bottle would in detail list your fragrance creation and it’s components. Ever heard of copyrights?

Strangely enough, under US law a fragrance cannot be copyrighted like the written word or a photograph. So the fragrance houses are very careful with disclosing their formulations. And some consumers don’t like that. So when it says “Fragrance” on the ingredient label of a product the consumer must trust the fragrance manufacturer that they have used a safe formulation. In the end it is in the product manufacturer/marketer’s best interest to work with a reputable fragrance manufacturer that is a member to the industry’s self-regulatory bodies such as the Research Institute for Fragrance Materials (based in Woodcliff Lake, NJ) and the International Fragrance Association (headquartered in Geneva, Switzerland). Millions of people get on a plane every day. Would you expect that your airline of choice uses equipment that isn’t safe? And yet, once in a while accidents do happen. To my knowledge, nobody has died from exposure to a fragrance yet. As with everything, “moderation” is the key word.

“The Campaign for Safe Cosmetics” suggests that it is a “government loophole” that lets fragrance manufacturers get away with murder (pun intended). Maybe the loophole is there because the government has other, bigger fish to fry. They certainly do. And since neither arguments for or against the safety of fragrances are waterproof there may be a certain reluctance to get involved.

At that conference I had mentioned above, Jane Houlihan from the Environmental Working Group (EWG) in Washington DC enhanced her case about the dangers of environmental contaminants (in which she obviously includes fragrances) by extensively using pictures of babies in the womb in her Powerpoint presentation. However, she obviously did not agree to make that presentation available after the conference. That much for transparency.

Truth to be told, many of the NGOs (Non Government Organizations) are doing a great and undeniably necessary job. Their proliferation and demands for disclosure, however, inflate the regulatory staff on the manufacturers’ side to a degree that cannot be good for business and that will only create even more confusing for the consumer. One should almost wish that there is government involvement. It would drive all the NGOs towards new fields of activity (and some of them out of business) but dealing with just one regulator would already be progress and more transparent.

Harald H. Vogt is the founder of the Scent Marketing Institute, the world’s only independent resource on the use of scent for marketing and branding and an expert on multisensory communication.