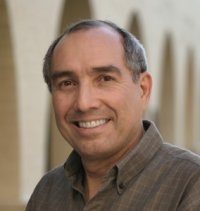 Dr. Federico Subervi is a professor at the School of Journalism and Mass Communication, Texas State University-San Marcos.Â  Since the early 1980s, he has been conducting research, publishing and teaching on a broad range of issues related to the mass media and ethnic minorities, especially Latinos in the United States.Â  His research also includes assessments of the images of Black in Brazilian television advertisements, and the media system of Puerto Rico, his country of origin.Â  One of his most recent research projects was the NAHJ Network Brownout 2005: The portrayal of Latinos in network television news, 2004, with a retrospect to 1995.Â  In December he also completed a study for the Association for Education in Journalism and Mass Communication entitled Assessing policies related to the recruitment and retention of minority faculty & graduate students at accredited and non-accredited schools of journalism and mass communication.Â  His book, The Mass Media and Latino Politics, is scheduled for publication in early 2007.

Among his other activities from his home base in Austin, Dr. Subervi directs the Latinos and Media Project, a site dedicated to the dissemination of research and resources pertaining to Latinos and the media, and serves as chair of the Board of Directors of Latinitas, Inc., an organization and Web-based magazine for Latina adolescents and teens.