The United States Postal Service (U.S.P.S.) released a new stamp design of mariachis last week. It printed 18 million stamps, the usual average number for a stamp printing, according to a U.S.P.S. spokesperson. Rafael López, a Mexican illustrator who created official posters for the Obama campaign to target Latino voters, was contracted to do the artwork for the stamps.

When asked who selected the theme for the stamps Bill Gicker, director, Stamp Services, U.S.P.S. replied via an intermediary by email, “Subject matter for stamps is evaluated and selected by the Citizens’ Stamp Advisory Committee. The final decision for issuing a stamp resides with the Postmaster General of the United States.”

“Numbers are determined by like sales of past issuances,” he said. “Commemorative stamps are intended to be available for about a year.” 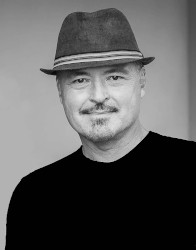 When asked what criteria was used to select the artist he replied, “The USPS works with contract art directors who determine the best way to portray particular subjects. They are always on the search new artists, designers and photographers. We have worked with Raphael in the past and the art directed felt his style and experience would be a good selection for this project.”

Regarding the budget for the project overall he said, “There are no specific budgets for stamp projects, but artists receive a standard $5,000 per design for each stamp design.”

According to his biography López was commissioned to create twelve United States Postal Stamps including the series of five Mariachi stamps featuring musicians dressed in the traje de charro, playing guitar, guitarrón, vihuela, violin and trumpet. According to his website the illustrator lives and works in San Diego and at his home studio in San Miguel de Allende, Mexico. The U.S.P.S. had worked with him in the past.