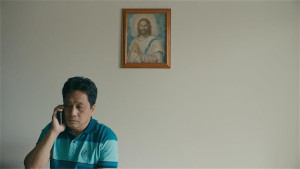 Islands, a debut feature film from Martin Edralin, a Filipino Canadian filmmaker, was released this year. The 90-minute film with English subtitles centers on Joshua, a religious Filipino immigrant to Canada, and his parents whose health is declining.

Islands explores first love in middle-age and duty to parents. Issues of the Filipino diaspora in Canada feature in the background. The film was in the 2021 SXSW Film Festival  Narrative Competition. According to promotional materials, it was the first-ever Filipino-language narrative feature to premiere in competition at SXSW. It stars Rogelio Balagtas, Sheila Lotuaco, Esteban Comilang, Vangie Alcasid, Pablo Quiogue, Isys Szuky, and Maximus Szuky; and was produced by Martin Edralin, Priscilla Galvez.

His whole life Joshua, a timid, middle-aged single man, has lived with his parents. He pleads with God to find him a wife and is afraid of being without a love interest. When his mother suddenly passes he quits his job to look after his father full-time. Inexperienced at taking care of anyone, including himself, Joshua struggles with his father’s care. A visiting cousin helps Joshua and his dad, and stirs confused emotions in the single man. 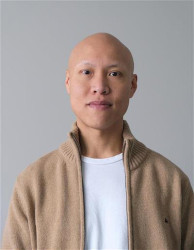