Listen to podcast with Deborah Koons Garcia, director, Symphony of the Soil about her film 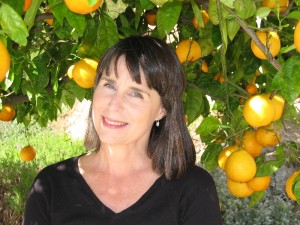 A podcast interview with Deborah Koons Garcia, director, Symphony of the Soil (see With video Documentary highlights importance of healthy soil) is available in the Podcast Section of Hispanic Marketing & Public Relations, HispanicMPR.com. During the podcast, she discusses her film with Elena del Valle, host of the HispanicMPR.com podcast.

At Lily Films, her Mill Valley, California production company, Deborah has made fiction, educational and documentary films. For the last fifteen years, she has focused primarily on films about soil, agriculture and the food system.

Her film, The Future of Food, premiered at Film Forum in New York City. It continues to play widely around the world in theaters and at film, food and farming festivals and conferences and at thousands of community-organized screenings. She has personally taken her film to innovative venues such as Google headquarters, Burning Man arts festival in the desert of Nevada, and shown it to inmates in the gardening program at San Quentin prison.

Symphony of the Soil premiered at the Smithsonian in the spring of 2012 and has been playing at film festivals, conferences, theaters and community screening all around the world since then. In October 2013, The New York Times gave the film a very positive Critic’s Choice review.

She was recently awarded the John de Graaf Environmental Filmmaking Award at the Wild and Scenic Film Festival for her body of films on soil, agriculture and sustainability.

To listen to the interview, scroll down until you see “Podcast” on the right hand side, then select “HMPR Deborah Koons Garcia” and click on the play button below or download the MP3 file to your iPod or MP3 player to listen on the go, in your car or at home. To download it, click on the arrow of the recording you wish to copy and save it to disk. The podcast will remain listed in the January 2014 section of the podcast archive.