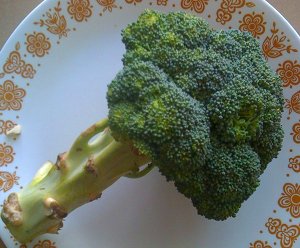 Although only seven percent of people in the United States claim to be vegetarian and increasing number of consumers indicate they are purchasing meat alternatives, according to Meat Alternatives US June 2013, a Mintel report available for purchase at $3,995. In 2012, sales of meat alternative products across a variety of conventional and specialty channels, reached $553 million, according to the survey company’s data. That was equivalent to an 8 percent growth compared to 2010.

Popular meat alternatives include seitan, almonds, soy and soy derivative products such as tempeh and tofu, legumes and beans, dairy products such as cheese, milk and yogurt, quinoa, and broccoli to name a few. Some people consume these items to cut back on the costs of expensive meat products. Some shoppers like their health benefits while others seek to replace meat and protein in their diets.

One such product promoting health and variety is Tofu Shirataki noodles made with tofu and Japanese yam powder or konnyaku. The products are touted as a low-calorie healthy alternative to wheat pastas since each four-ounce serving has only 20 calories and three grams of carbohydrates. The promotional materials point to the benefits of soy and added protein. Similar examples cram the shelves of supermarkets and health food stores.

Thirty-six percent of respondents to a March 2013 survey of 2,000 adults by Mintel said they buy meat alternative products. Those consumers indicated they purchase such products for their health benefits rather than as meat substitutes.

White shopper who responded to the survey over index in their consumption of meat alternatives because they believe they are healthy. Respondents from other race groups said the are more likely to buy the products for their the taste.

Asian (45 percent) and Hispanic (46 percent) shoppers who took the survey said the are more likely than average to cook with meat alternatives in addition to meat and less likely than average to use the products as meat substitutes. Hispanic and Asian survey takers said they are also more likely to serve meat alternative products as a side dish than as mains.

In addition, the report indicates Hispanic shoppers who took the survey said they are interested in information about these products. They would like to know about the ingredients they are made from and how to cook with them.