How the big business of food, farming has led to a national crisis 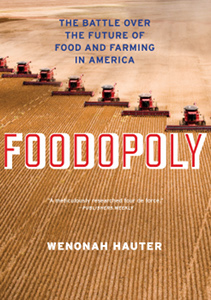 The United States is in a food crisis the result of government deregulation and the practices of a small group of large and powerful corporations, says Wenonah Hauter, a national healthy food advocate. After researching the subject she outlined her findings in Foodopoly: The Battle Over the Future of Food and Farming in America (The New Press, $26.95). The process of researching, writing and publishing the 355-page hard cover book required 18 months. Consolidation in the food industry and corporate control of the food processes make it impossible for farmers to produce healthy crops and ultimately reduce and impoverish consumers choices at the store, she says.

Hauter describes how independent farmers and food processors have been driven out in place of Cargil, Tyson, Kraft and ConAgra among others. Deregulation in turn has weakened the antitrust laws reducing competition. Consumers should have benefited from the economies of scale resulting from the lesser competition and large production facilities but they haven’t, she says; adding that the industry is rife with politically driven policies designed to benefit the already large and powerful companies in the lead. 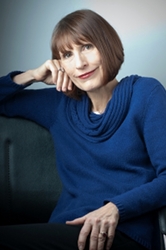 Examples of such policies, she says, include irrigation subsidies with publicly funded water projects, the enactment of the Cuban sugar tariff resulting in high fructose corn syrup replacing sugar in the top spot, and poor federal oversight that keeps the United States Department of Agriculture (USDA) from testing meat for contaminants.

She believes the local food movement is insufficient to solve the problems our country faces. Instead, she proposes that drastic political measures are required to reform the broken system. She was too busy to respond to questions for this article or accept an invitation for a podcast interview, according to a spokesperson.  To a question about the impact the book published in 2012 has had so far the spokesperson replied: “As Wenonah travels across the country she has met with hundreds of people who thank her for speaking truth to power. They tell her that Foodopoly has inspired them to do the same. This is the first step towards growing leaders who can grow the movement for real change.”

Hauter is executive director of Food & Water Watch. She has worked at the national level on food, water, energy and environmental issues. She owns an organic farm that provides vegetables to five hundred families in the area as part of the Community Supported Agriculture (CSA) program. In 2008, she wrote Zapped! Irradiation and the Death of Food with Mark Worth and in that same year contributed to the collection of essays Water Consciousness.

In response to a question about the political power changes she talks about in the book, the spokesperson replied: “The political shifts discussed in the book didn’t happen overnight, so we can’t expect them to shift back overnight either. Fundamentally fixing the food system is going to take some time — a decade or more to begin to see real change. As Wenonah says in the book, there are no shortcuts to building the long-term political power needed to reclaim our food system, our democracy and our commons. That said, people are becoming more alert and tuned into the corporate abuses of our food system. The fact that activists were able to pressure more than 5 percent of grocery stores, including Whole Foods and Trader Joe’s, to agree not to sell GE salmon, is one recent indicator that more and more people are paying attention and mobilizing. However, we need more of those people to engage in the political system and hold their elected officials accountable.”