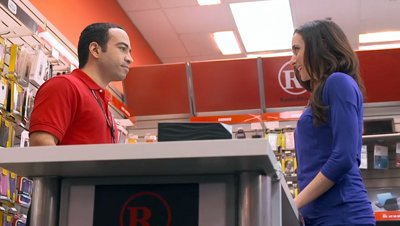 This month Radio Shack with the help of Wing, its Hispanic market agency, ran four new Spanish-language TV spots hoping to attract Spanish speaking men and women aged 18 to 34 “that are tech savvy and actively upgrade their products and choose brands based on looks and features, not durability.” The customer the ads are for, according to a spokesperson, “wants to be the first one to have the newest, coolest products and aspires to be a trendsetter.” Scroll down to watch two ads in Spanish. 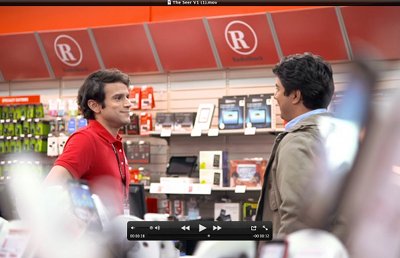 The ads were produced in Westchester, New York

Produced for less than one million dollars in Westchester, New York in December 2012 from English language originals the ads strive to convey the concept of “matching technology to your life,” to communicate how fast technology is changing and “show that Radio Shack is the personal technology store that knows their consumer,” and portray the store clerk as a knowledgeable hero.

The ads ran until Saturday January 26, 2013 in ESPN Desportes, Univision, Galavision, Telefutura, MUN2, and Telemundo. Online, they ran as ad pre-roll before editorial videos on Radio Shack’s YouTube page and Hulu. The Sad Girl ad (below), created to promote the company’s Accessory Central store, focuses only on the range of cases available to the consumer. The Seer ad (below), featuring various accessories available at Accessory Central designed to enhance the consumer’s music experience, should air again between February 24 and March 16 of this year. Team members for the project include: Renata Florio, chief creative officer; Alvaro Naddeo, art director; Facundo Paglia, copywriter; Tania Salter and Keyla Hernandez, producers; Shooters, Inc. as the production company; and Steve Williams, director.