Crossing Over the Poverty Line 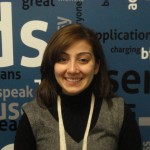 It appears there’s some confusion about the meaning of “poverty.”

According to a new TNS Omnibus study for CashNetUSA (www.cashnetusa.com/do-you-consider-yourself-to-be-poor), 25.2 percent of the 1,000 participants, or more than one in four Americans, consider themselves to be poor. But according to the 2010 U.S. census, only one in six Americans actually lives below the federal poverty line.1 So where does the discrepancy come from?

The U.S. government’s definition of poverty consists of looking at a family’s or individual’s yearly cash income before taxes and comparing it to how much money is required to meet the needs of everyone in the household.

Click to read the entire article Crossing Over the Poverty Line