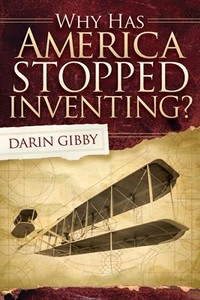 Contrary to what many of us think it seems the United States is not the most innovative nation on the planet any more. Darin Gibby, a Colorado patent attorney, has dedicated two decades of his life to representing clients filing patent registrations and claims. Over time his frustrations bubbled over and he realized it had become increasingly difficult and expensive to file a new patent registration, especially for individuals and small business owners. He researched the history of patents in the United States to discover how it was that our nation was rich in patents 150 years earlier and poor in patents today relative to the overall population. In Why Has America Stopped Inventing (Morgan James Publishing, $19.95), a 241-page softcover book published this year, he shares his findings.

An ineffectual patent registration system has made it nearly impossible for a lone inventor to register a new patent, according to Gibby. At its low point the United States patent overseers were only approving 12 percent of applications. Due to a series of actions by the government over the past century which continues to the present day patents have become the domain of large corporations with the resources to register and protect them yet little time for new inventions.

The book is divided into an Introduction and 22 chapters. In the last two chapters, the author addresses the high costs of registering an invention which start at $25,000 and can escalate steeply from there, and ways to fix the broken patent system.

“When I discovered that America invents half of what it used to, I wanted to know the reason. So, I began studying the lives of America’s famous early inventors for clues. In the process, I discovered that inventing in nineteenth century America was much more central to America’s culture than today,” said Gibby in response to a question about the most interesting part of the book project. “From Abraham Lincoln selecting the country’s three leading patent attorneys to be on his cabinet (Seward, Chase, and Stanton) to Daniel Webster arguing Goodyear’s case before the Supreme Court while still Secretary of State, all of America prized innovation. Patent cases were front page news, with transcripts of the Colt revolver cases being published daily in the N.Y. Times. Most important, I found that what made America successful more than a century ago could be brought back today. Why Has America Stopped Inventing? tells that story.”

Gibby spent two years researching and writing the book which includes much historical data and case studies. Over his legal career Gibby has procured patent registrations for hundreds of inventions and built IP portfolios for Fortune 500 companies. 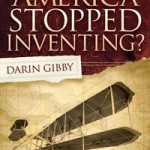