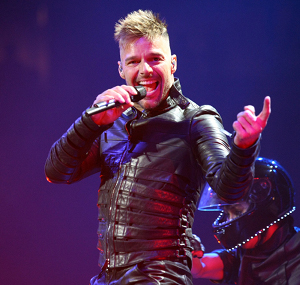 Thanksgiving weekend, singer Ricky Martin will rock for a select crowd staying at the Fontainebleau Miami Beach in South Florida as part of the famous hotel’s newly launched BleauLive performance series. According to promotional materials, Martin’s Fontainebleau performance will be his last before he heads to New York City to star as Che in the Broadway revival of Andrew Lloyd Webber’s Evita.

The hotel promises, in addition to the performance and depending on the package purchased, personal guest interaction with the artist and a weekend getaway at the Fontainebleau hotel. BleauLive launched this past Labor Day weekend with a performance and meet and greet with Pitbull, a hip hop artist. 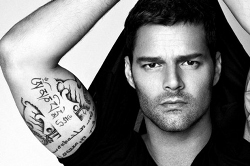 “Since opening in 1954, Fontainebleau Miami Beach has been a go-to destination for iconic performers of their generation to appear. From Elvis and Sinatra in the early days to more recent appearances from Lady Gaga and Katy Perry, legendary musicians have always wanted to perform at our resort,” said Jeffrey Soffer, executive chairman, Fontainebleau Miami Beach. “Our new BleauLive performance series is an organic extension of this rich history and we are thrilled to announce Ricky Martin as the next artist to appear for his final performance before his return to Broadway.”

Packages are priced between $329 and $799 at the Miami Beach hotel. The Fontainebleau, a well known Miami Beach property for more 50 years, sits on 22 oceanfront acres. It houses 1,504 rooms, 12 restaurants and lounges, two nightlife venues, and a 40,000-square-foot spa.