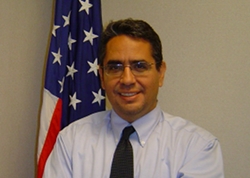 Bass Pro Outdoor World, LLC (Bass Pro), a retailer of sporting goods and apparel, in the United States and Canada, allegedly engaged in a pattern or practice of failing to hire African-American and Hispanic applicants for positions in its retail stores nationwide, and retaliated against employees who opposed the discriminatory practices, according to a lawsuit files recently by the U.S. Equal Employment Opportunity Commission (EEOC). The retailer retaliated against employees who opposed discrimination, and destroyed records, the agency said in a press release.

According to the EEOC’s suit filed in U.S. District Court for the Southern District of Texas, Houston Division (Civil Action No. 4:11-CV-3425), Bass Pro has been discriminating in its hiring since at least November 2005. The EEOC’s suit alleges that qualified African-Americans and Hispanics were routinely denied retail positions such as cashier, sales associate, team leader, supervisor, manager and other positions at many Bass Pro stores nationwide.

The lawsuit alleges that managers at Bass Pro stores in the Houston area, in Louisiana, and elsewhere made overtly racially derogatory remarks acknowledging the discriminatory practices, including that hiring black candidates did not fit the corporate profile. 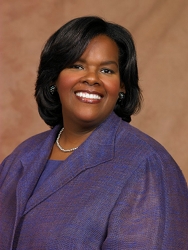 “Excluding qualified individuals from employment because of their race or ethnicity or in retaliation for exercising protected rights are fundamental violations of the laws we enforce,” said Jacqueline A. Berrien, chair, EEOC. “The EEOC will diligently protect the rights of job applicants to ensure that hiring decisions are based on abilities, not on race or ethnicity.”

The lawsuit also claims that Bass Pro unlawfully destroyed or failed to keep records and documents related to employment applications and internal discrimination complaints. Agency representatives believe also, that Bass Pro punished employees who opposed the company’s unlawful practices, in some instances firing them or forcing them to resign.

“As a law enforcement agency, the EEOC is uniquely positioned to challenge systemic hiring discrimination,” said P. David Lopez, general counsel, EEOC. “It is unlawful for employers to deny jobs to applicants based on their race or national origin and the EEOC will vigorously pursue such cases and require companies to reform their hiring practices and make victims of the discrimination whole.”

The EEOC’s administrative investigation culminated in findings of class-wide hiring discrimination based on statistical and anecdotal evidence, and retaliation. The EEOC attempted to reach a voluntary settlement with Bass Pro before filing suit. The lawsuit seeks a permanent injunction prohibiting Bass Pro from engaging in race discrimination, national origin discrimination, retaliation, and improper record destruction. It also seeks back pay on behalf of victims of hiring discrimination and/or retaliation, compensatory and punitive damages and other relief, including implementing fair recruitment and hiring procedures, and reinstatement or rightful-place hiring of mistreated job applicants and former employees.

“We will hold employers accountable for depriving qualified minority workers of good jobs simply because of their race or national origin,” said Jim Sacher, Houston regional attorney, EEOC. “Such behavior is always out of season.”

The agency is seeking the assistance of individuals who believe they may have been denied a position at Bass Pro because of their race (African-American or black) or ethnicity (Hispanic or Latino) or who have any information that would be helpful to the EEOC’s suit against Bass Pro through the EEOC toll free number at (855) 857-8747 or by e-mail at Basspro.lawsuit@eeoc.gov.