Hispanics and education at a glance 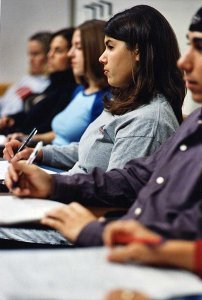 In 2010, 1 million Hispanics had an advanced degree

The latest United States Census has broadened our knowledge of the national population including size and demographic trends, and provided a picture of the largest ethnic group’s growth. According to the Census, last year there were 50.5 million Hispanics in the country; they represented just over 16 percent of the population.

While the Hispanic market grew 43 percent in the last decade (2000 to 2010) the fastest growth for Hispanics was in the South and Midwest. More than three quarters of Latinos live in eight states: California, Texas, Florida, New York, Arizona, Illinois, New Jersey and Colorado.

The Hispanic population is younger than the mainstream. The median age among Hispanics is 27.4 for Hispanics.

In 2010, 2.4 million Hispanics including those in Puerto Rico were enrolled in college. Almost half (49 percent) of Hispanic college students attended a two-year institution compared to 37 percent of all college students.

In 2009, 12 percent of college students, undergraduate and graduate students, were Hispanic; and 20 percent of elementary and high school students were Hispanic (see School Enrollment – Social and Economic Characteristics of Students: October 2009).