Small businesses can fix economy if Washington lets them 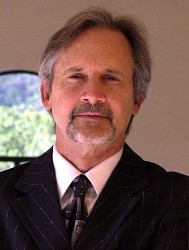 Small businesses are the backbone of the American economy. There are more than 27 million of them and the latest U.S. Census Bureau data tells us that they create 90 percent of all net new jobs. Small businesses are responsible for half the private sector workforce, half of gross domestic product and more than 90 percent of U.S. exports. Also, 98 percent of U.S. companies have less than 100 employees. Yet policymakers either fail to realize this or flat out ignore it. Since 2009, small businesses have received a very small portion of stimulus dollars, while billions have gone to big banks and large corporations.

In 1953 Congress passed the Small Business Act, requiring a percentage of federal contracts to be awarded to small businesses (Currently set at 23 percent). This was a unique approach to economic stimulus. Congress basically decided to use the federal government, being the largest purchaser of goods and services in the world, to stimulate the economy by directing infrastructure spending to the nation’s chief job creators.