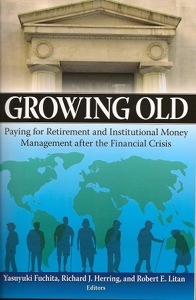 In the United States we are not alone dealing with the financial issues affecting a large population heading to retirement on the heels of a recession. Some Asian countries like Japan have also pledged to look after their elderly and have large aging populations that will require financial payments in the coming years. The mushrooming problem, as older adults approach retirement age, is the gap that exists between the moneys due to be paid and the moneys available to make the payments when they become due. At the same time, the number of new workers generating revenue is decreasing, especially when compared to the number of workers retiring.

Yasuyuki Fuchita, a senior managing director of the Nomura Institute of Capital Markets Research in Tokyo, Japan, Richard J. Herring, professor of finance, University of Pennsylvania, and Robert E. Litan, senior fellow in Economic Studies at the Brookings Institution, believe the damage to the economy caused by the recent recession will be felt for years to come. One of the biggest challenges they foresee is the pension plan obligations of governments in the United States (population exceeding 300 million), Japan (population of 127 million), Korea (population of 48 million) and China (population of 1.3 billion) as these countries’ populations age.

Fuchita coedited After the Crash and Prudent Lending Restored and Pooling Money. Herring is Jacob Safra Professor of International Banking. Litan is also vice president, research and policy, Kauffman Foundation and coeditor of Pooling Money. He is coauthor of Good Capitalism, Bad Capitalism and the Economics of Growth and Prosperity. 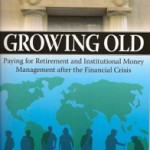