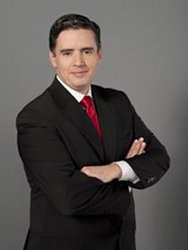 Starting this week CNN en Español is offering special coverage from Havana, Cuba. Cuba en la Encrucijada (Cuba at the Crossroads), hosted by Juan Carlos López, is scheduled to air April 14 to April 20. As part of the coverage López plans to keep the audience informed on the Sixth Congress of the Cuban Communist Party taking place between April 16 and April 19, 2011. The purpose of the event is to draft the guidelines for the economic and social policy of the country. López will report live for several of the network’s programs, Encuentro, NotiMujer, Directo USA, Panorama Mundial, Café CNN and Conclusiones.

On Thursday April 14, from 9 to 10 p.m.(ET), Patricia Janiot, Fernando del Rincón, Claudia Palacios, Camilo Egaña and Juan Carlos Lopez from the network and guests from Havana are expected to offer analysis of the Sixth Congress of the Cuban Communist Party and its potential effects on Cuba and other countries in the region. They also plan to elaborate on the 50 anniversary of the proclamation of the socialist character of the Cuban revolution and its effects on Latin America and the world.

Anchor Ismael Cala is scheduled dedicate the Friday, April 15 edition of Cala at 9 p.m. (ET) to a special program named Playa Girón during which he is scheduled to interview Alfredo Durán, one of the young men trapped on the beaches of the Bay of Pigs, who revisited Cuba ten years ago for the 40 anniversary of the invasion. Plans are in place for a local guest to join the conversation, the person from Havana, Cuba who confronted Durán on the opposite side of the invasion fifty years ago. Together they are expected to analyze the invasion and its impact fifty years later.

According to a network spokesperson CNN en Español has had a news bureau in Cuba for years. López, who has been a reporter with CNN since 1993, is the head of the Washington D.C. bureau for CNN en Español. Prior to working with CNN he worked with CNN International and WLTV Channel 23. A native of Bogota, Colombia, he is a journalism graduate of the Universidad Javeriana in that city.

One Response to CNN en Español to offer special coverage from Havana, Cuba