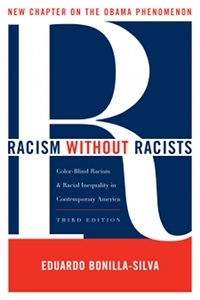 In the first edition of Racism without Racists Color-Blind Racism and Racial Inequality in Contemporary America (Rowman and Littlefield) Eduardo Bonilla-Silva, Ph.D., professor of sociology at Duke University, shared his concerns about what he describes as “the new racial ideology,” how he believes the new system has replaced the old system and is as effective. In the second edition of the book, he expanded on the issue by addressing his views of a growing fissure of race stratification similar to the one he believes exists in Latin America’s pluralistic societies.

In the third edition of the book, published earlier this year, he added a section about what he calls the Obama Phenomenon. He also discusses conservative minorities that make their living (or their fortune) defending what some consider views unfavorable to the minority group or groups they should identify with because of their race and cultural background.

The 301-page softcover book is divided into 10 chapters: The Strange Enigma of Race in Contemporary America, The Central Frames of Color-Blind Racism, The Style of Color Blindness: How to Talk Nasty About Minorities without Sounding Racist, “I Didn’t Get That Job Because of a Black Man”: Color Blind Racism’s Racial Stories, Peeking Inside the (White) House of Color Blindness: The Significance of Whites’ Segregation, Are All Whites Refined Archie Bunkers? An Examination of White Racial Progressives, Are Blacks Color Blind, Too?, E Pluribus Unum or The Same Old Perfume in a New Bottle? On the Future of Racial Stratification in the United States, Will Racism Disappear in Obamerica? The Sweet (but Deadly) Enchantment of Color Blindness in Black Face, and Conclusion: “The (Color-Blind) Emperor Has No Clothes:” Exposing the Whitness of Color Blindness.

One chapter from the previous edition, Chapter 10, the appendix with the interview schedule for the 1998 DAS and the postscript for the text were removed. They are available on the publisher’s website, according to the author’s Preface. 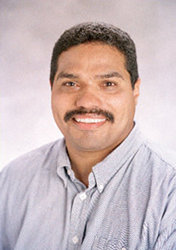 Bonilla-Silva believes President Barack Obama and his regime represent the “new racism” and that his policies represent the color-blind ideology he outlines in his book. In addition, Bonilla-Silva outlines his belief in the book in the idea that the President’s policies and the way others are framing his government may further precipitate what the author sees as the country’s Latin America like racial stratification.

In addition to this book Bonilla-Silva is the author or co-author of White Supremacy and Racism in the Post Civil Rights Era, White Out, and White Logic White Methods: Racism and Methodology. His next book is titled The Invisible Weight of Whiteness: The Racial Grammar of Everyday Life in the U.S.A. 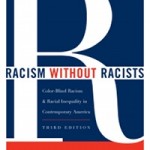