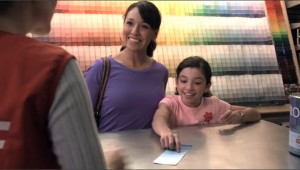 A scene from the new Ace Hardware Spanish language ads

In an effort to tap into the increasing buying power of the U.S. Hispanic market, estimated by some to be just shy of $1 trillion, the 86-year-old company reached out to Revolucion, a communications agency, in 2007. Relying on a trial campaign targeting Hispanics in late 2008 that resulted in a seven percent year-to-year jump at Ace’s Hispanic stores in Denver (defined as those with 15 percent or more
Latino shoppers) and outperformed non-Hispanic stores nationwide the hardware chain continued testing. Following a second effort that spring and summer in Denver, Sacramento and Chicago with “even greater success” Ace asked Revolucion executives to develop a national Spanish language ad campaign for 2010. 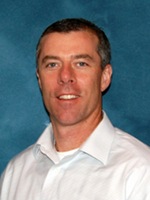 “We’ve seen strong results at retail by reaching out to the Hispanic market and understand the importance of communicating directly to these customers,” said John Surane, vice president, consumer marketing, merchandising and paint at Ace Hardware in a press release. “We identified a unique Hispanic insight that separates Ace from the big boxes.” 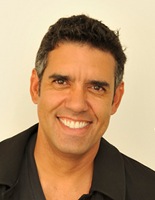 “In many countries, the ferretería (hardware store) is part of the local community where you’re always helped and can get in and out quickly,” said José González, partner, Revolucion in a press release. Ace is the place where Latinos can have that same customer experience in the U.S. and these spots convey that relevant message.”

In the Manifesto TV spot, a man is standing in a big box store looking frustrated and confused. The voice-over asks, “¿Qué pasó con la ferretería de la esquina? ¿Con la persona que estaba allí para ayudarte?” (“What ever happened to the corner hardware store? To the person who was always there to help you?”). The TV spots all end with the statement: “Menos tiempo dando vueltas. Más tiempo para lo importante.” (“Less time running in circles. More time for what’s important.”). 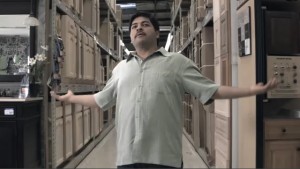 A scene from the new Ace Hardware Spanish language ads

Ace Hardware has 4,500 locally owned and operated hardware, home center and building materials stores, making it one of the largest hardware cooperatives in the industry. Headquartered in Oak Brook, Illinois, Ace operates 14 distribution centers in the U.S. and one in Shanghai, China. Its retailers’ stores are located in all 50 states and more than 60 countries.